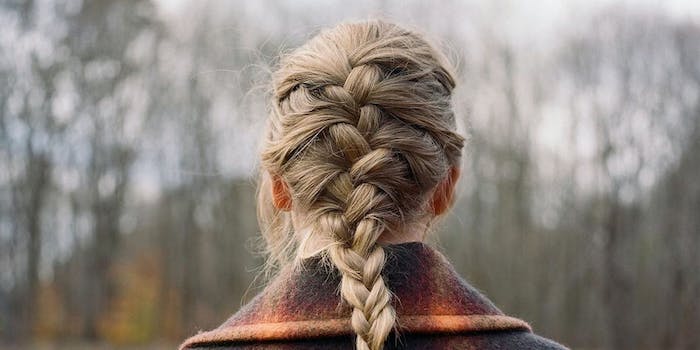 She's collaborating with both familiar names and some new ones on 'evermore.'

Between Miss Americana, folklore, and the folklore concert film that debuted on Disney+ last month, Taylor Swift has had a great 2020. But with only weeks to go before the year ended, Swift proved that she had one more trick up her sleeve.

On Thursday, Swift surprised her fans by announcing that she would be releasing her ninth album, titled evermore, at midnight on Friday. In her first post revealing the new album, she described evermore as “folklore’s sister record.”

“I’m elated to tell you that my 9th studio album, and folklore’s sister record, will be out tonight at midnight eastern,” Swift wrote. “It’s called evermore. To put it plainly, we just couldn’t stop writing songs. To try and put it more poetically, it feels like we were standing on the edge of the folklorian woods and had a choice: to turn and go back or to travel further into the forest of this music. We chose to wander deeper in.”

Swift revealed that some of the same people who were involved in writing folklore with her—Jack Antonoff, The National’s Aaron Dessner, Justin Vernon (aka Bon Iver), and William Bowery (aka Swift’s boyfriend, actor Joe Alwyn)—while a few new faces joined in to make evermore a reality.

But creatively speaking, the bigger leap for Swift is that for the first time, Swift continued the thread of one album into the next.

“In the past I’ve always treated albums as one-off eras and moved onto planning the next one after an album was released,” Swift continued. “There was something different with folklore. In making it, I felt less like I was departing and more like I was returning. I loved the escapism I found in these imaginary/not imaginary tales. I loved the ways you welcomed the dreamscapes and tragedies and epic tales of love lost and found into your lives.”

The first music video, which is for the song “willow,” will be released at midnight alongside the album. But Swift’s tracklist—which includes 15 songs on the standard album and two additional bonus songs—also reveals some of her other collaborators. She’s reteaming with Bon Iver on “evermore,” but this time around, she’s also working with Haim on “no body, no crime” and The National on “coney island.”

The timing for evermore’s release is specific for Swift. It’s a gift to her fans ahead of her 31st birthday (which is her favorite number, 13, backward) but also something for people who use music to cope to have around the holidays, a time where many people aren’t able to see their family because of COVID-19.

Swift quickly trended on Twitter as fans and critics alike began to process that they were less than 24 hours away from receiving a brand new album. Some people even made jokes about Swift’s productivity during the lockdown and how she’s given people more relief this year than the U.S. government.

Over the summer, folklore debuted to critical acclaim while Swift received five of her six Grammy nominations for her latest album.