Police say the case is still under investigation. 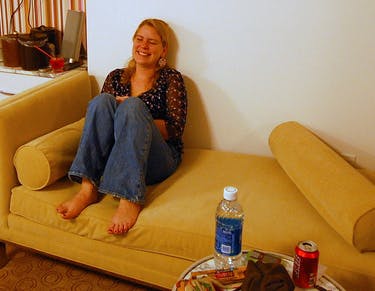 A student who broke into an Athens, Georgia, home over the weekend could have stolen anything she wanted. Instead she lounged about the living room, surfed Facebook, and peed on the couch.

All in all, it was a pretty relaxing afternoon. So it’s understandable that the young woman was slightly nonplussed when the homeowner discovered and confronted her. The student—who police say is 18 years old and lives in a University of Georgia residence hall—stammered and apologized as she gathered up her belongings and left, leaving in her wake a computer open to her Facebook account and a pungent moisture stain on the couch.

Police say the case is still under investigation, but there’s no word yet on how the homeowner has coped with the furniture situation. We recommend flipping the cushion.