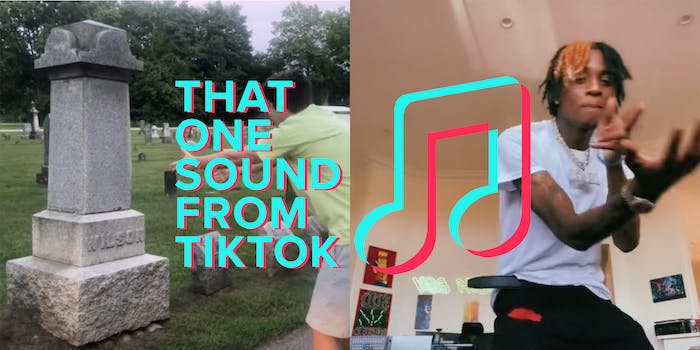 Have you performed 'Rick & Morty' for an inanimate object yet?

What’s the song of the summer? Are we still doing that? And has TikTok become the main tap? In terms of ubiquity, the Kid Laroi’s “Stay” is one song that’s dominated TikTok (and the charts) this summer. There was Olivia Rodrigo‘s ascension, and Megan Thee Stallion’s “Thot Shit.” More obscure dance tracks also flourished.

And then there’s Soulja Boy’s “Rick & Morty,” which is currently soundtracking a trend involving people rapping at graves.

The sound, at least in this grave trend, is of a young man repeating “Rick and Morty” over and over. The audio was posted July 31 by the account theboyraabit01, and in the TikTok, he raps “Rick and Morty” in front of what’s alleged to be Woodrow Wilson’s grave (but is not). The video has more than 7 million views.

The creator of the audio, Benjamin Raab, told Insider that he was inspired by a rapper named Yung Smiley, who has filmed himself performing his original songs at gravesites, including Mark Twain’s. Before the Woodrow Wilson video, Raab, who lives in Michigan, performed other songs at statues and drive-thrus. Since his TikTok blew up, he’s performed the song at the bank, a T-Mobile store, and a statue of Rosa Parks.

Others followed the trend, at different locations.

And some customized the trend.

In early June, Soulja Boy released audio for a song called “Rick & Morty,” the chorus of which is simply him saying “Rick and Morty” over and over. The song originated in a freestyle during a Fortnite livestream.

He posted the song to TikTok in June, which led to a “smeeze” dance challenge.

Soulja Boy, who just signed Chet Hanks to his label, has retweeted some of the TikToks and real-world performances of “Rick & Morty.”

An official version of “Rick & Morty” is apparently forthcoming. Another Soulja Boy song, 2020’s “She Make It Clap,” has been viral on TikTok for months, first as a dance challenge, and more recently in a “cut-to” trend involving scenes from movies. Soulja Boy initially freestyled that song on Twitch; in April, he released an official video with the official dance.