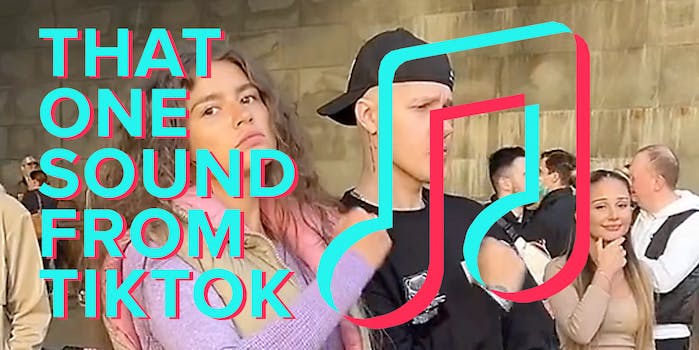 A Vietnamese song and the ‘chopping dance’ cross over on TikTok

Hoàng Read's 'The Magic Bomb' is all over TikTok.

This week, we look at the journey of an instrumental dance track from Vietnam to TikTok hit, and we survey the evolution of a dance that some American celebs are juicing for engagement.

It’s an instrumental track and it’s typically accompanied by what’s been called the chopping dance or Magic Bomb dance, a series of finger and hand movements that correspond to the thumping beats, as demonstrated by themanhngo in March.

A few of the earlier TikToks showed different iterations of the dance, but this one from account japanleaders is certainly the most dynamic. There are also quite a few tutorials for the movements.

In May, a deepfake of Vladimir Putin danced to it. Eventually, it landed on American TikTok and became a “Questions I get” trend, which is both enlightening and depressing.

The song seems to be reframing the celebrity Q&A, too. Meghan Trainor and JoJo Siwa used the sound to answer questions they often get asked. Getting more creative, Olympic fencer Monica Aksamit showed the disparity between what the U.S. pays athletes who win medals, compared to other countries.

The sound, which has been used in more than 3 million TikToks, comes from the beginning of “The Magic Bomb,” a 2021 track by Vietnamese musician/producer Hoàng Read.

Dutch dance label Spinnin’ Records recently released the official audio, no doubt because of the TikTok virality. The song originally came out in April. There’s not a whole lot of info online about Read, though his music is on Spotify and Tidal.

Some of the earliest TikToks to use the song and dance are from Vietnamese accounts, and a YouTube video from April features a Vietnamese dance crew performing it. But it’s not clear who originated the dance. (In the Know points to TikToker themanhngo.)

The trajectory of “The Magic Bomb” from somewhat obscure (at least to Americans) club song to inescapable TikTok sound isn’t uncommon, but its jump from Vietnamese social media to American is interesting.

As Cat Zhang writes for Pitchfork, Read’s song is one of a few from Vietnamese musicians that’s crossed over on TikTok. Last year, the 2016 song “Dưới Quê Vui Hơn” became an unlikely hit.