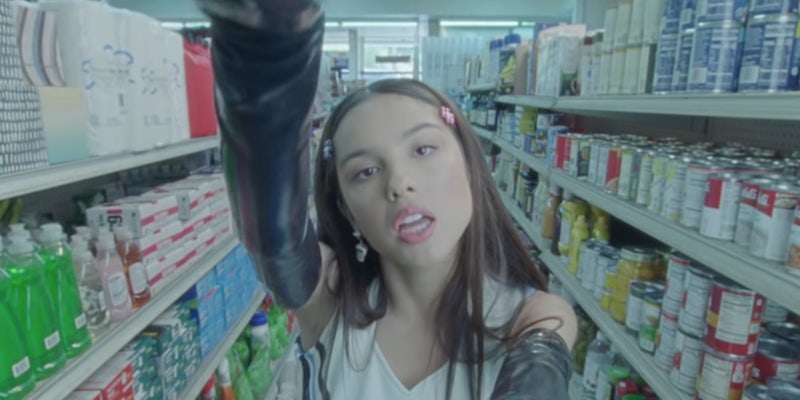 Rodrigo, 18, had already released a few singles from the album, including the chart-dominating “drivers license.” So there were already months of hype leading up to the release. But on Friday, the dam broke, and it took people back to their teenage years.

“Laying in the dark listening to the Olivia Rodrigo album like the teenager I am,” said musician Bethany Cosentino, aka Best Coast.

SOUR is, in essence, a breakup album, a take on pop-punk through a Swiftie lens. As Lindsay Zoladz writes in her review: “Rodrigo’s songs have lived-in details to spare, as though she had all this time been assembling a detailed dossier on the emotional minutiae of the teenage experience.”

Rodrigo is known for her role on Disney’s High School Musical: The Musical: The Series. But a scandalous theory about co-star Joshua Bassett, originating on TikTok back in January, opened up the first single “drivers license” to a bigger audience. Then the song became a certified hit and another example of how TikTok can elevate musicians—and create them.

TikTok, of course, made several trends out of the album. One inspired mashup combines the cathartic “good 4 u” and Paramore’s “Misery Business,” showing how closely the songs sync up.

Fans also did tributes to “good 4 u” and pointed out that one scene from the video involving a ring light was tailor-made to be a TikTok trend—which it is.

The song has been used in more than 260,000 TikToks and is also part of a curious trend of girls cutting off their ponytails to achieve something called a “wolf cut.”

Can it all be summed up in an obscure meme? Yes.