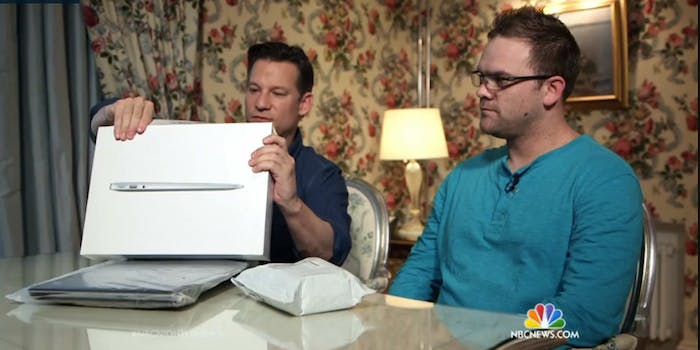 If you’re going to Sochi, you may get hacked

“The State Department warned that travelers should have no expectation of privacy, even in their hotel rooms."

Along with the less-than-ideal accommodations for the journalists already in Sochi, people have yet another reason to worry upon arriving in Russia for the Winter Olympics.

According to a report by NBC News, it’s entirely likely that you will get hacked almost as soon as you land in Sochi.

Hackers are prepared to compromise your devices and steal your data the moment you log into any electronic device that can access the Internet. And as NBC News Chief Foreign Correspondent Richard Engel discovered, it wasn’t if you would get hacked, but rather when.

“The State Department warned that travelers should have no expectation of privacy, even in their hotel rooms,” Engel said. “And as we found out, you are especially exposed as soon as you try to communicate with anything.”

To test his theory, Engel brought two laptops to Sochi and uploaded a fake identity with the help of an American security expert. He tried the same experiment with a smartphone. The hackers got to him both times.

Kaspersky Labs is tasked with protecting Sochi from hackers during the Winter Olympics, but according to an expert, visitors will bring so many electronic devices that hackers have plenty of alternatives to target

Update: Security blogger Robert Graham makes an important distinction: It’s not the local Wi-Fi that renders you vulnerable, it’s the Olympic websites, which can be accessed from anywhere.

The story shows Richard Engel “getting hacked” while in a cafe in Russia. It is wrong in every salient detail.

I had expected the story to be about the situation with WiFi in Sochi, such as man-in-the-middle attacks inserting the Blackhole toolkit into web pages exploiting the latest Flash 0day. But the story was nothing of the sort.

Instead, the hacking in the story was due to the hostility of Olympic themed websites. The only increased danger from being in Russia is geolocation. Google uses your IP address to increase the of rank local sites, so you’ll see more dodgy Russian sites in the results. You can disable this feature in your Google account settings.