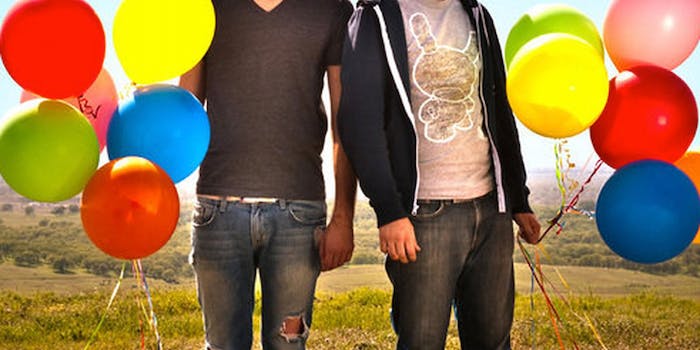 YouTube channel Smosh now holds the title of Most Subscribed Channel on the video sharing network. The tag team of Ian Hecox and Anthony Padilla overtook the longtime leader of original online video content Saturday after steadily gaining on Johnson for what seemed like an eternity.

“Most subscribed on YouTube!? Someone needs to slap me, I think I’m dreaming,” Padilla tweeted Saturday. “You guys are amazing. All of you.”

Smosh’s channel now stands at 6,818,991 subscribers, just 12,091 more than Johnson’s channel can currently claim. It is the first time that someone else has held the title of Most Subscribed since June 28, 2011, when Johnson eclipsed Ryan Higa’s NigaHiga channel, which held the crown for two years.

Hecox and Padilla have run their comedy and variety channel from their native Sacramento, Calif., since 2005 and have consistently held a place in the Top 10 of YouTube’s Most Subscribed list. Their most popular video of all time, 2008’s parody infomercial “Beef ‘n Go,” has accrued more than 96 million views.

Though certainly not struggling, Johnson’s past few months haven’t exactly been a walk in the park. In October, he split ties with longtime production house Maker Studios, saying in December that he’d long had a strained relationship with Danny Zappin, the company’s CEO.