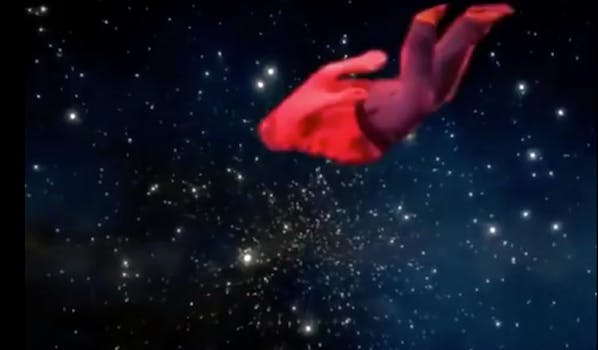 Screengrab via All Ski Casino/YouTube

A brief history of ‘Shooting Stars,’ the funniest video meme of the year

This song will not leave your head for days.

How did a minor Australian pop hit from 2009 turn into the very best video meme of 2017? Once you hear Bag Raiders’ furiously catchy “Shooting Stars,” you’ll kind of understand. It’s tough to get out of your head.

But then there’s the other half of the story: How did the song become associated with hilarious videos of people falling through the infinite expanse of space? Come with us on a brief tour of the most important YouTube of the year thus far.

We begin with the original video for “Shooting Stars,” released in 2009. The song didn’t peak until 2013, when it was used on Australia’s Got Talent and finally cracked the Australian top 50.

While the song is worming its way into your brain, note the vaguely futuristic space aesthetic and the purple color spectrum here. They’re crucially important to the meme.

The key moment occurs at around 2:15 in the video, when the world crumbles around the Bag Raiders and they begin to fall through the void, before landing on some cool space-cars and zooming around everywhere.

That moment of falling became the inspiration for an entire genre of YouTube video, turning footage of people falling into “Shooting Stars” clips.
This one, from October 2016, might be the original:

But they evolved from there, getting more elaborate as the meme gained popularity. This is from November:

Perhaps the most famous “Shooting Stars” video, the one that really defines the meme, is All Ski Casino’s “Fat man does amazing dive.”

Fat Man is easily the most viewed “Shooting Stars” video, and it really defined the template for the meme as a whole. It’s reminiscent, in some ways, of Neil Cicierega’s 2010 viral video BrodyQuest, which featured a cutout of actor Adrien Brody traveling across various backgrounds:

You can see Fat Man’s influence all over the many, many “Shooting Stars” videos that came after.

YouTuber Grandayy, in particular, has perfected the form. He typically creates remixes of “We Are Number One,” the hugely viral song from kids’ TV series Lazytown, but he’s switched to “Shooting Stars” this month.

In fact, his first “Shooting Stars” video was a mashup of the two:

And here’s one starring Gabe the Dog, whose “borking” inspired dozens of YouTube remixes:

And here’s Adolf Hitler, because every meme turns “edgy” at some point.

But Grandayy’s true “Shooting Stars” masterpiece is this one, featuring President Trump. When it came out Sunday, it immediately revived interest in the meme and helped bring it to an audience that hadn’t seen it before:

Where “Shooting Stars” memes fall on the spectrum between insular “dank” memes and mainstream “normie” ones is up for debate. On one hand, it’s immediately appealing and easy to understand; there’s no complex inside joke to get here. On the other, video memes more difficult and time-consuming to produce than images, which means your average Facebook user is less likely to participate.

As Brian Feldman pointed out at Select All, the death of short-video platform Vine has created a drought in video memes. “Shooting Stars,” with its clear template and obligatory soundtrack, is the first major new entry since the “Black Beatles” Mannequin Challenge.

Like the vastness of space that provides its backdrop, this meme’s potential is limitless. There’s no telling how long we’ll be falling through nothing with this song stuck in our heads.