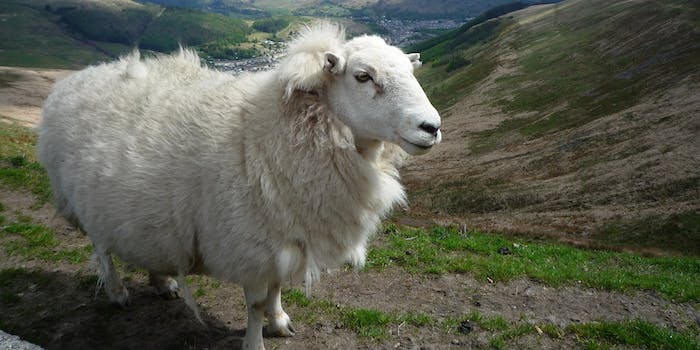 This is why you never taunt a sheep with a table

Trust us, ewe really don’t want to taunt a sheep.

We’ve already seen a man pay the wooly price for trying to drunkenly ride one. Now here’s another brave soul trying to tempt the fates with an animal who’s not as cuddly or friendly as her fluffy wool suggests. We can only guess what he was doing while running around the sheep with a table between them, but getting rammed probably wasn’t on his to-do list.

Was it sheer (shear?) stupidity, or was there something else at work?

Photo via Griffin Guiding/Flickr (CC BY 2.0)