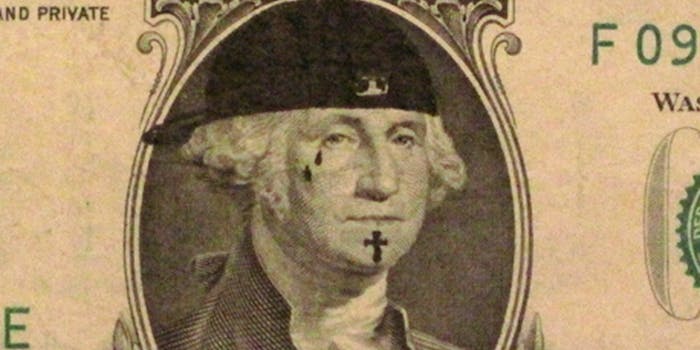 Illustrator Sean Monaghan's ink drawings are becoming more valuable than the paper he works on.

If you look at almost any dollar bill chances are you’ll find some it frayed, faded, or even written on.

But if you’ve ever seen one with George Washington dressed up as Batman, wearing a Guy Fawkes mask, or doing his best Hulk Hogan impression, chances are it was illustrated by Sean Monaghan. 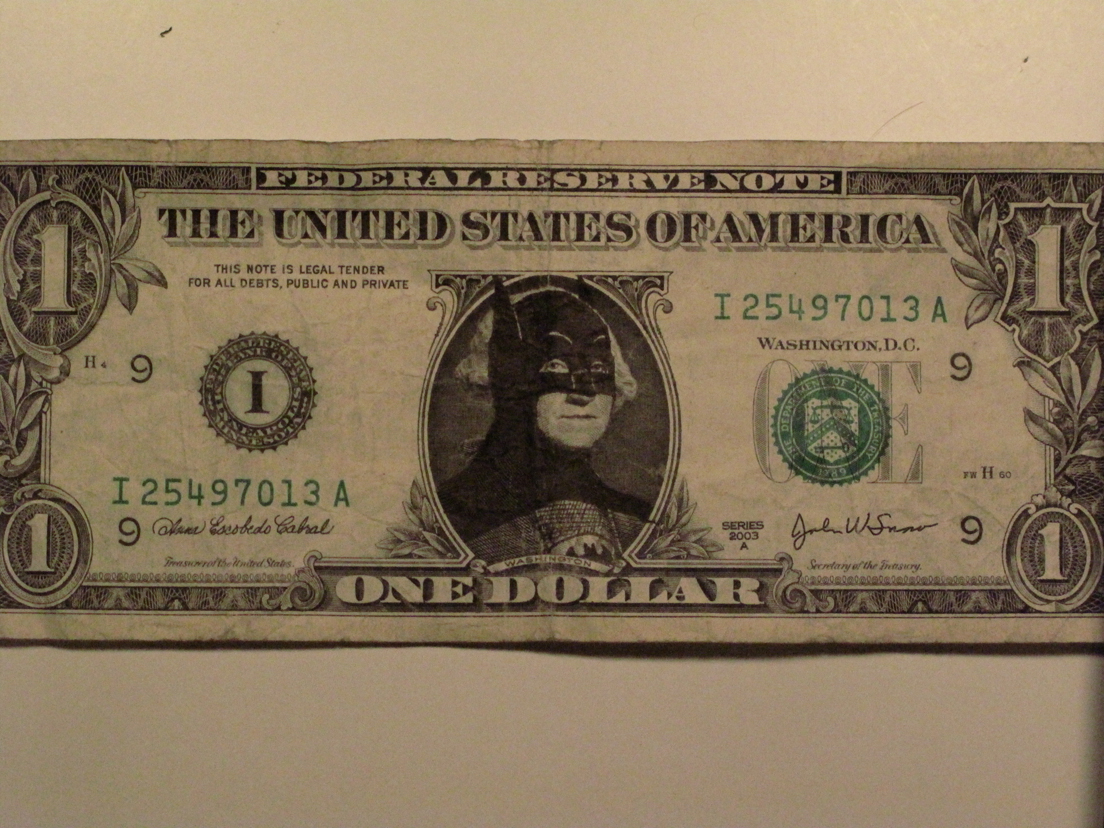 For more than a year, Monaghan has been turning the faces of our founding fathers into hilarious works of art. The 21-year-old started drawing on legal U.S. tender out of boredom and mastered his style through monotonous repetition while at Florida’s Ringling College of Art and Design.

“Don’t get me wrong, the dollar bill, in my opinion, is actually quite beautiful; it has a real old-timey look to it, and the designs around the edge are marvelous,” Monaghan told the Daily Dot. “The linework is truly fantastic. But it’s become such a boring thing in everyone’s life, and I doubt many people even look at anything on it save for the number value in the corners

“Why not stir things up a little? Give somebody that pays attention to detail a little treat, a little laugh as they receive their change at a fast food joint. What if George Washington moonlighted as Adam West’s Batman, you know?”

Monaghan isn’t sure how many bills he’s illustrated, since he often spends each one almost right after drawing it. But by far his favorites one to illustrate is the $5 bill with Abraham Lincoln. Over the years, he’s roughed up Lincoln’s mug, put a hole in his head, and replaced half his face with a Terminator cyborg. 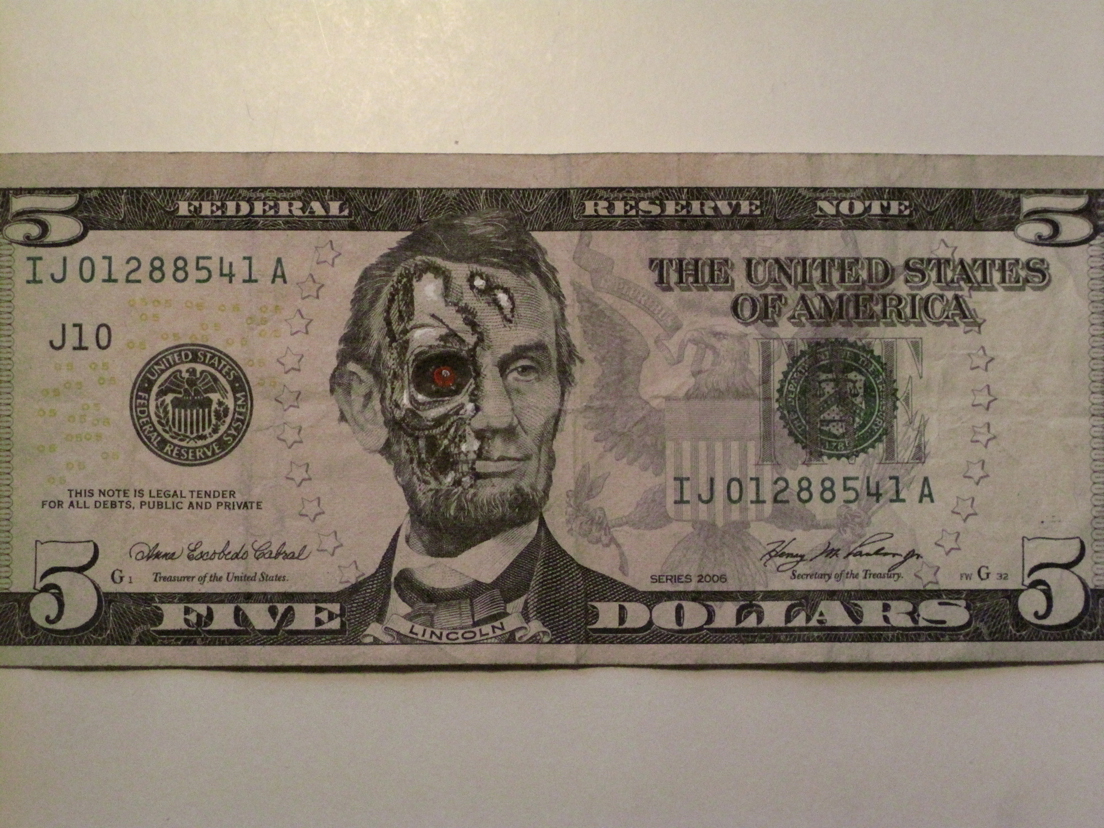 “I’ve heard and read that Lincoln was a pretty adept fighter himself, and thought it would be cooler if he sat down for that portrait right after he had ruined someone in a fight,” Monaghan said. “Also, one of the Lincoln ones, the ‘BOOTHE! HEADSHOT!’ one specifically, was inspired by an old YouTube video my friends and I used to love. I feel many will know which one I referenced with the simple mention of ‘FPS Doug.’”

Unlike most people who worry about the legal implications of defacing money, Monaghan has never been concerned. And luckily, he doesn’t have to be.

In an interview with the Daily Dot last October Darlene Anderson, spokeswoman for the U.S. Bureau of Engraving and Printing, said that bill-stamping or drawing on legal tender is not an arrestable offense.

On Tuesday, one of Monaghan’s decorated dollar bills reached Reddit’s front page. The post collected more than 900 pun-filled comments (”A lot of these really are right on the money”) and photos of other illustrated bills people have received.

“To be honest, in my two short decades of life, I’ve never had anything even remotely close to the publicity and exposure as I have over the past couple days,” Monaghan said.

“There’s an alarming amount of requests being made, and believe it or not, people have offered money for them, you know, the single dollar bills that I drew on. I’m still in shock about the whole thing.”