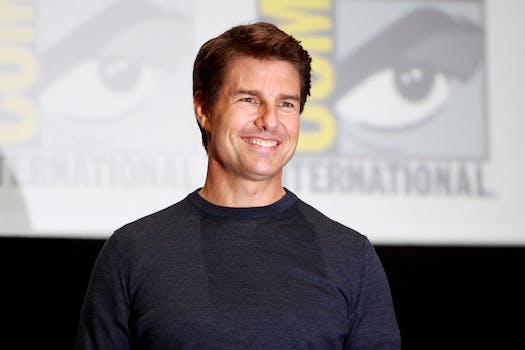 In the Instagram age, celebrity is its own religion.

Take a look at the reaction to Going Clear, a new documentary on the Church of Scientology, for instance. Directed by Oscar-winning filmmaker Alex Gibney, and based off a book by Pulitzer Prize-winning journalist Lawrence Wright, the Scientology exposé is already facing a lot of opposition. Calling it the next Rolling Stone/UVA rape story, the Church of Scientology took out a full-page ad in the New York Times in an attempt to discredit the findings of the film’s director and producers.

“Scientology tortured some of its members in a prison known as ‘the hole’ and subjected others to hard labor.”

Because without question, Gibney’s findings are reportedly very grave. USA Today’s Claudia Puig writes, “Among the bombshells asserted by eight former church members: Scientology intentionally broke up Tom Cruise and Nicole Kidman; it tortured some of its members in a prison known as ‘the hole’ and subjected others to hard labor; it harassed those who left the organization and forced their family members to cut off all contact.”

The film, which just premiered at Sundance, delves into the life of Scientology’s controversial founder, science-fiction author L. Ron Hubbard as well, alleging that at one point, he kidnapped his daughter from his first wife and took her to Cuba, where she was put in the care of a mentally disabled woman. If true, this is ironic, considering the fact that Scientology’s stance on mental illness and psychology is notoriously dismissive.

Cruise isn’t the only celebrity discussed in Going Clear. Former Scientologist Paul Haggis appears in the film to talk about donations prompted by what’s been described as a kind of “brainwashing.” Currently, there are currently 50,000 members around the globe, but the church possesses more than $1 billion in assets, making them incredibly profitable, given their tax-exempt status as a religious organization. And the film also suggests that John Travolta won’t leave the organization for fear that they will release details about his personal life, which they collect on all members, to the public. A former publicist of Travolta’s even claims that the church took her daughter away from her and left the child in unsafe conditions, while she was forced to perform manual labor.

Yet anyone who’s been paying attention to the criticisms of Scientology in recent years shouldn’t be surprised by these recent bombshells. The religion has been thoroughly explored in everything from South Park to Paul Thomas Anderson’s thinly veiled critique, The Master. The more interesting question regarding Scientology is whether it’s even a religion at all or a more modern phenomenon. All major religions tend to make mistakes and commit wrongdoing at some point along the line, but Scientology is unique in that it has seemingly survived based on its DIY philosophy. (You can even follow them on Twitter.) Trying to define Scientology in the age of the Internet is difficult, because by now, its seeming “make it up as you go along,” celebrity-worshiping philosophy has become commonplace in American society.

Why this is so essential for their continued existence, meanwhile, has everything to do with how insane the core tenets of their religion are when it comes right down to it; aspects of Scientology involving superpowers and other universes really do come off as science fiction, which makes sense, considering the church was founded by a noted sci-fi authors. To an atheist, all religions may be tantamount to good storytelling, but what separates Scientology is that unlike Christianity, Islam, or Judaism, it has no historical context to justify its foundation.

It doesn’t matter if you’re faking your way through the details; it only takes one person to get the ball rolling.

This supports a theory that others have espoused, which is that L. Ron Hubbard only founded the Church of Scientology because he didn’t want to pay taxes, but more importantly, it hints at why Scientology has survived and even thrived in the digital era. Today, it doesn’t matter if you’re faking your way through the details; it only takes one person, like L. Ron Hubbard, to get the ball rolling.

Scientology can almost be equated to the best Internet hoax of all time, despite the fact that it precedes the Internet by many years. Unlike other fringe groups that sprung up in the last century, such as The Source Family (which also came out of Hollywood), the Church of Scientology has stuck around because, like Slender Man or Creepypasta fiction, it’s a story fit for a meme. What made the Flying Spaghetti Monster such a powerful joke on the Internet is that in the age of Do-It-Yourself cults, the reality isn’t that far off.

An interesting parallel to the Church of Scientology which has emerged in the last few years is the Full Circle movement, founded by 10 Things I Hate About You actor Andrew Keegan, another unlikely religious figure. Unsurprisingly, they have a Vimeo page you can visit to study up on their beliefs, should you desire to. Like Kundalini Yoga, the writings of Marianne Williamson, or the rise of Hollywood Kabbalah, Full Circle employs a vague set of spiritual teachings to reel members in before the more outlandish details start to emerge. Like Scientology, Full Circle also has specific ranks and levels for its members, with those at the top being classified as part of “the inner circle,” in their case.

But the key parallels to Scientology and the Full Circle church arise somewhere else: in the appeal of their not-so-secret relationship to celebrity culture. Profiling the up-and-coming religion for Vice, Shyam Dodge and Shanrah Wakefield note that one member professes to have grown up in the same town as Keegan’s 10 Things co-star, Heath Ledger, while also mentioning a connection to “famous surfers, Victoria’s Secret models, and sports stars, as well as other Hollywood celebrities.”

This goes deeper than just a few Hollywood friends, though. “The shift in Keegan’s ambitions—from stardom to spirituality—shows how the culture of celebrity is not all that far off from religion,” write Shyam and Wakefield. “Hollywood is an industry focused on manufacturing deities, personae to be both revered and reviled, just to make a buck, like every religion in the history of the world has done.”

“When Kanye West declares himself a ‘god,’ it means something, because in the modern world, celebrity is god.”

They go on to assert how this has been aided by our always plugged in, TMZ-obsessed lifestyle. “Celebrities enamor us and hold us captive in the haloed glow of their Instagram filters, whether it is Kim K‘s latest ‘belfie’ or the Platonic ideal of family life represented by Brangelina. When Kanye West declares himself a ‘god,’ it means something, because in the modern world, celebrity is god. The special worship Keegan received on the  bedroom walls of high school girls in his youth is an overt form of deification. And so Keegan’s transfiguration from teen heartthrob to spiritual guru is not only unsurprising but maybe even expected.”

In a sense, L. Ron Hubbard’s genius as the founder of Scientology is all about this principle. His religion predates Twitter and Instagram, but it predicts their existence. Scientology validates the idea that people will subject themselves to a system where they are monitored and scrutinized, just so they can get closer to someone famous, an idea which reflects the darkest aspects of social media.

As Lawrence Wright told Variety, “This goes back to the founding; when L. Ron Hubbard created the Church of Scientology, he decided to make its headquarters in Hollywood, because he had a very perceptive notion that there is something that all Americans do worship and it’s celebrity and the capital of celebrity is Hollywood. He set out very early to make it a Scientology town.”

If Scientology is to be brought down, it will likely happen not from within, but with the help of outside parties.

One of Gibney and Lawrence’s chief aims with Going Clear is to encourage Tom Cruise to denounce the Church of Scientology, as their most famous and influential member. However, if Scientology is to be brought down, it will likely happen not from within, but with the help of outside parties. In The Master, one character proclaims, “Good science by definition allows for more than one opinion. Otherwise you merely have the will of one man. Which is the basis of cult.” Echoing that years earlier, Flo Conway and Jim Siegelman of the magazine Science Digest wrote in 1982 that “Scientology’s may be the most debilitating set of rituals of any cult in America.”

However, Scientology was never about science—nor was it about faith, necessarily. Depending on who you ask, it’s a cult, a movement, a secret society, an exclusive club, a passing fad, or a dangerous Hollywood trend, it’s also deeply ingrained in the culture of How We Live Now, the American Dream in the Internet age. Scientology has become the ultimate startup model, an easy business plan for those who want to maximize their power, influence, and cash flow, while gaining some Instagram followers in the process.

In the world we inhabit today—where all clicks are good clicks—it doesn’t matter why people are following you. It just matters that they’re watching.