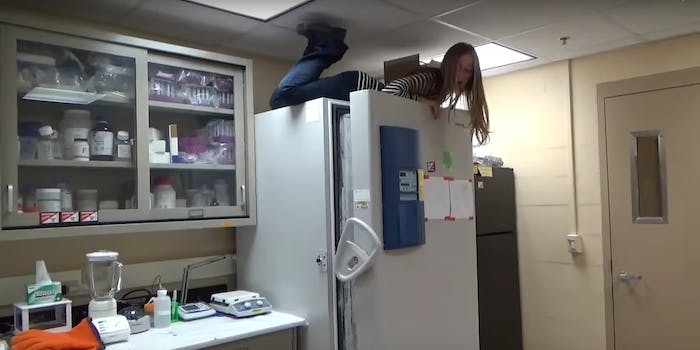 Cats aren’t the only ones freaked out by cucumbers

Scientists did their own research on the cucumber phenomenon—with each other.

A scientist once told me that trying to get researchers to collaborate is like herding cats. According to a new video, cats and scientists may have more in common than you might think.

Videos of cats freaking out over cucumbers have been a meme on the web for some time. But last week, the meme became quite popular and many cat behaviorists piped up to warn pet owners not to try to scare cats with fruits and vegetables, because it’s really rather mean.

And, if you live with a scientist, you should probably heed the same advice. Those cucumbers are pretty startling.