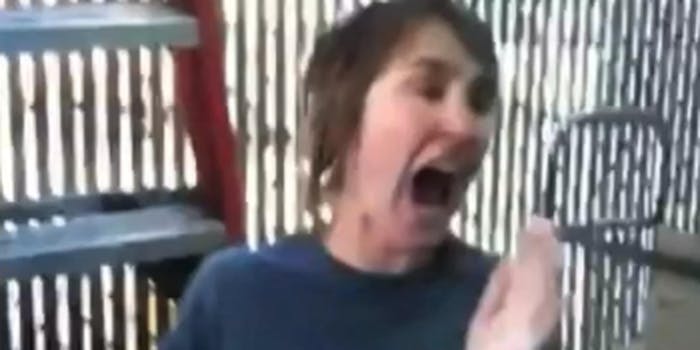 What would you do if your coworker let out a Hollywood-quality scream every time you sneaked up on her?

When avowed “not an asshole” Jonathan discovered his coworker let out a blood-curdling scream every time she was even mildly surprised, he had no choice. For a year, he hid in shadows, ducked around corners, and snuck up behind the always unsuspecting Evelyn, dutifully recording the ensuing cochlea-shattering screams and compiling them into one video.

The result, “Scaring Evelyn: The Complete Series,” is both hilarious and educational, a useful reference for anyone who stays up nights wondering: “What’s the best way to give my coworker an anxiety disorder?

Not-an-asshole Jonathan swears he’s just “playfully antagonistic,” and you can almost believe him. Evelyn distributes her share of post-scream kicks and punches, but in the last clip she actually smiles and laughs. “How long were you waiting there?” she asks.