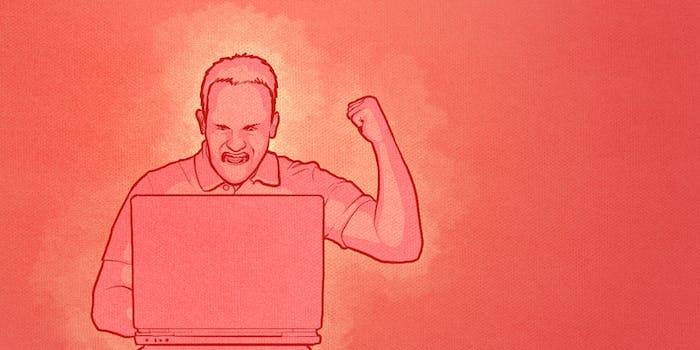 5 ways Reddit can save itself before it’s too late

The rumors of Reddit’s demise are far from exaggerated.

The rumors of Reddit’s demise are far from exaggerated. After the dismissal of a popular employee and the implementation of a new anti-harassment policy led to site-wide protests and the exit of their Interim CEO Ellen Pao, the “community of communities” looks more and more like a failed experiment in user-led social media and laissez-faire site management.

“The truth is that no one can run Reddit,” writes Sam Biddle for Gawker, “because Reddit already has a boss: an organized, malignant band of the adolescent and adolescent-at-heart, ready to topple any would-be savior who attempts to clean house.”

After the sudden dismissal of Victoria Taylor, the site’s liaison for its popular Ask Me Anything sessions, led to moderators shutting down large portions of Reddit, or “subreddits,” I wondered whether any private business so reliant on volunteer work could sustain itself at all. The risks are high for one of the most popular sites on the Web, but it’s possible that not all hope is be lost. Reddit is often an entertaining, enlightening, and increasingly popular destination for millions of users—not to mention editors and listicle-makers hungry for content.

There are ways it can move past its very bad month, while keeping its dedicated and fruitful user base happy.

1) Strengthen the relationship with moderators

Lost amid the uproar over the dismissal of Victoria Taylor was the honest and legitimate complaints of the site’s many moderators. Taylor often worked with the mods of /r/IAmA to schedule and often dictate interviews with anyone from Jeff Goldblum to Barack Obama. Her sudden absence and lack of replacement left these mods in the lurch. In response, /r/IAmA’s moderators set the subreddit to “private,” and hundreds of Reddit’s largest subreddits followed suit.

Far from a singular instance, Reddit moderators have often felt the site abuses their free labor and devotion. Two moderators from /r/IAmA even wrote an op-ed in the New York Times that spoke to greater issues behind the scenes: “Moderators commit their time to the site to foster engaging communities. Ms. Taylor’s sudden termination is just the most recent example of management’s making changes without thinking through what those changes might mean for the people who use the site on a daily basis.”

In many ways, Reddit seems to treat moderators no different than other users, and this needs to change. Reddit, much like Wikipedia, exists on the backs of volunteers. Unlike Wikipedia, however, Reddit does not provide moderators with the tools or communication to be as effective as they can. Such options could include direct lines of communication between moderators and administrators—the actual employees of Reddit, Inc.

Pretending moderators can take care of themselves is like asking the deputies to work without the sheriff. Moderators need consistent leadership from Reddit, lest the free labor they provide become unappreciated.

2) Fix the Ask Me Anything by leaving it alone

Reddit has refused to explain why Taylor was fired, a typical approach for any company when it comes to internal personnel decisions. However, Yishan Wong, the CEO before Pao who left after feeling “burned out” by the job, has alleged that co-founder and Chairman of the Board Alexis Ohanian fired Taylor—not Pao. Ohanian himself has hinted at this, stating in a post: “It was my decision to change how we work with AMAs and the transition was my failure and I hope we can keep moving forward from that lesson.”

It’s a pretty big screw-up. AMAs are one of the most popular features of the site, with 8.9 million users on the subreddit and even an official Ask Me Anything app. AMAs attract a wide variety of public figures and, ideally, their fan base or supporters along with them. They have also been disastrous—Morgan Freeman and Woody Harrelson have been particularly mocked for allowing PR personnel to control their responses—but remain a unique experience Reddit can provide that few other forms of social media site can.

That said, users are rightfully skeptical of any change to the format. /r/IAmA moderators listed among their complaints the need “to ensure that money is not changing hands at any point in the procedure, which is necessary for /r/IAmA.” Fears of monetizing the otherwise democratic AMAs spread even further when rumors suggested Ohanian wanted to introduce “video AMAs.”

The AMA works. It provides a unique publicity hit for celebrities, charities, authors, scientists, and politicians, as well as attracting the mainstream, positive attention Reddit desperately needs. Screwing with that formula for the purpose of monetizing it—when Reddit has many better more options to attempt to do so—can only endanger the site and the company.

A popular post on Reddit can quickly find its way on to BuzzFeed, Gawker, and the Daily Dot. This does, however, give enormous decentralized power to blogs and journalists to define how the rest of the non-Reddit world sees the site. Just as much as BuzzFeed might run a list of “19 Sadistic, Appalling, And Hilarious Things Gamers Have Done In Skyrim” or Gawker will celebrate Channing Tatum’s AMA, they’ll also remind you of the site’s ugly history of sheltering hate groups.

For the vast majority of users, however, Reddit isn’t a mainstream Stormfront. It’s a place to watch cat videos and debate Jon Snow’s parentage. The site’s default subreddit list—what users see before they logon—represents this with a wide array of interesting sections, from r/Gifs and r/Funny to r/Art and r/Philosophy. At their best, Redditors can be an inspiring group, fundraising for sick children and offering support networks for strangers, such as offering makeup tips to women or positive affirmation on r/Transgender.

This is the activity Reddit needs to do more to broadcast. In many ways, Reddit already does this—the site’s Twitter account highlights an array of user activity and its official podcast, Upvoted, allows employees to discuss positive stories from Reddit’s many communities. But Reddit could benefit from a marketing push outside of these outlets. Buying ad space celebrating Reddit’s positive side on websites, podcasts, and even television could do wonders to attract new users and repair its tarnished image. In the wake of Pao’s departure, the site desperately needs to rebrand.

But as long as they allow for r/CoonTown and other hateful subreddits, however, improving their image might always be an uphill battle.

This is the biggest existential question facing Reddit as a company and as a community. When the site instituted a new harassment policy last month, prompting a protest smaller than the one that followed the /r/IAmA debacle, it once again highlighted the work Reddit must do to reign in its more nefarious elements. However, many on the site wonder whether Reddit’s racist and sexist factions even need to be dealt with—hasn’t Alexis Ohanian hailed the site as “a bastion of free speech?”

Not if you ask co-founder and new CEO Steve Huffman, who used that exact phrase when announcing a new content policy, due later this week. The waffling of Reddit’s stance on such content as /r/CuteFemaleCorpses highlights the site’s internal debate between libertarian ideals and desire for mainstream acceptance, as well as speaking to the need for basic decency on the site.

Whether doing so would be bending to social pressure is irrelevant. It’s Reddit’s only realistic option, unless it wants to become just another 4chan.

Reddit’s internal workings have become a bit of an open book this week, largely due to the efforts of former CEO Yishan Wong. The executive has made it his personal hobby to air the company’s dirty laundry—releasing sordid details from behind the scenes of the company—and he’s doing so on the site itself.

He claims Alexis Ohanian allowed Pao to take the heat for many of his own unpopular decisions, such as limiting content, finding new monetization methods, and firing Victoria Taylor. Perhaps most shockingly, Wong has postulated that much of Ohanian’s recent actions are part of a conspiracy to wrest control of Reddit away from owner Conde Nast and put it back into the hands of the original founders. “I’m declassifying a lot of things these days,” he jokes.

When Huffman announced plans to adjust the content policy earlier this week, Yishan Wong wrote a lengthy post delighting in the suffering Reddit might undergo in making these changes. After detailing Ohanian’s intentions to have Ellen Pao serve as the face for a wave of content restrictions, Wong decries the community itself for failing to act like grown-ups. “We tried to let you govern yourselves and you failed,” Wong said to users, “so now The Man is going to set some Rules.”

Wong is not simply some former employee let loose on a tirade. He was the first CEO of Reddit and held that post for longer than anyone has. It’s a potentially dangerous scenario for any company to have a loose-lipped former executive expressing his outright disdain for company methods and practices, not to mention sharing the personal motivations behind company decisions as that company tries to restructure after the kind of PR crisis Reddit just had. It’s an absolute nightmare Huffman, Ohanian, and their investors.

Wong’s revelations are the main reason anyone outside of Reddit still cares about the debacle. His tirades are filled with the kind of gossip Silicon Valley reporters’ dreams are made of, bringing the fly-on-the-wall viewpoint to a corporate world typically very scant on details. It turns a corporate story into a tabloid scandal. While it’s not entirely clear what Reddit could do about Wong, it quickly needs to bring him into the fold—and get him to stop talking.

Otherwise, the company stands to have every new decision publicly scrutinized by the last person you want to open their mouth. If the company is serious about its future, it needs to finally deal with its tortured past.