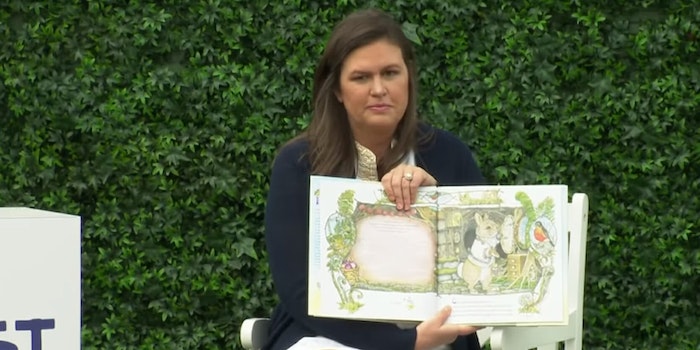 A lot of people had jokes.

As if there was any ambiguity about what the subject of the book would be: it’s about her time in the White House. Here’s how Axios described the details:

We hear the book will be billed as an account of her life in politics and experience inside the Trump administration, which she sees as very positive.

Many of the suggestions were critical of her time serving as part of Trump’s administration.

The Washington Post‘s book editor crowdsourced suggestions, which led to a number of jokes including:

Others simply replied to the news of the forthcoming book. “Lies” and “Liar” made their way into a number of the fake titles.

While some just decided they had no interest in reading Sanders’ account of her time in the White House.

President Donald Trump announced Sanders would step down from her post last month. This past Friday was her last day with the administrati0n.