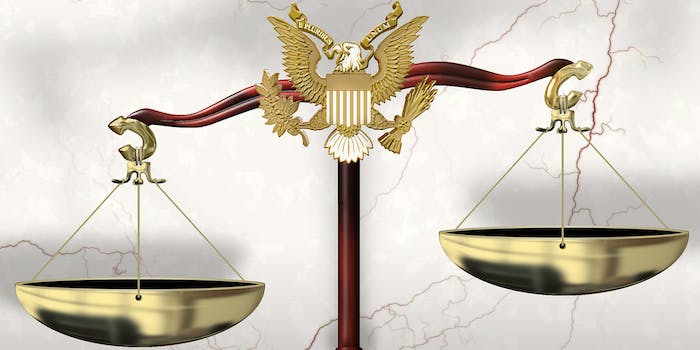 Is the Robin Williams coverage overshadowing justice for Mike Brown?

We lost a film icon this week, but we shouldn't forget about Ferguson.

I found out about the news of Robin Williams’ passing Monday night on Tumblr, and immediately logged onto Facebook and Twitter—both feeds full of tributes to the actor.

A friend wrote, “Yo sharing depression resources and quotes for robin williams is nice and shit but black ppl are getting shot for no reason.”

He was referring, in part, to the death of 18-year-old Michael Brown in Ferguson, MO, an unarmed 18-year-old who was shot and killed by local police this past Saturday. The tragedy has resulted in riots throughout the St. Louis area. The status was blunt, but I thought about it all night. I brought it up when my friends and I discussed Williams, though I wasn’t sure how to preface it, mollify it, for appropriate mourning conversation, not wanting to pit one tragedy against another. Or maybe it’s somehow, ostensibly, twistedly easier to talk about a celebrity death over dinner than it is to talk about police killing black people in America.

On Tuesday morning, actor Wil Wheaton, who worked with Williams in Flubber, tweeted:

Hey Media? Maybe instead of sending cameras to Robin Williams’ house to be ghoulish, you could send cameras to #Ferguson to be journalists.

Right away, I remembered a night last July, when I was frantically refreshing my Twitter feed after George Zimmerman’s acquittal in the Trayvon Martin trial, as a few tweets about Glee actor Cory Monteith’s death quietly began trickling in on my feed. Most of them were heartbroken, incredulous—it was too early to know if the news was real or not—but a few were pleading, worried that the tragic news of an actor’s passing might overshadow the grief and injustice encompassing Trayvon, his story, and the verdict—as well as the coverage thereof.

That doesn’t mean that we cannot or should not feel grief about a beloved actor’s passing, but we should try to understand why many might be concerned about yet another story of another black person murdered via racist police brutality or racially motivated crime veiled by law. Williams was brilliant, hilarious, and special, but comparisons shouldn’t be made that Brown’s death should not be tragic because he was college-bound. Both of their deaths stem from tragic systemic issues in America, and we seem to have a hard time talking about either one. But it is much easier to talk about a beloved actor than the numerous murders in the past weeks caused by institutional racism.

According to Google Trends, Robin Williams was the top search term on Monday, with over 10 million searches. Mike Brown and Ferguson, MO was the second-most searched topic this past Sunday, August 10, behind the number-one search, “submarine shark,” as in Discovery Channel’s Shark Week 2014, both with around 200,000 searches.

I searched “Robin Williams Ferguson” on Twitter, and many were worried that Mike Brown and Ferguson would get lost in the shuffle.

I know we lost Robin Williams, but don’t turn your attention away from Mike Brown. Don’t forget #Ferguson

Loving the love in the air for Robin Williams. Rest in power, old chap. But anxious for #Ferguson – this deserves our love and action too.

Hours after news of Williams’s passing broke, President Obama released a thoughtful official White House statement mourning the actor’s death. Obama finally gave an official word on Brown, Ferguson, and the riots on Tuesday. There was another shooting in Ferguson on Wednesday morning.

As Sean Maguire, Williams’s character in Good Will Hunting, said, “We get to choose who we let into our weird little worlds.” But the media circuit doesn’t work that way, and whatever bubbles up to the top of our newsfeeds determines what we hear and discuss. And when we hear news like this, we check our phones, our Facebook and Twitter feeds, looking for information and to share grief and empathy. Some days our hearts break in more ways than one.

So, as both media consumers and social media users, we can share quotes and movie stills from Robin Williams’s films, as well as mental health resources, with one another, while also banding together in anger and sadness about the unfairness of what happened this week in Ferguson, spreading the word so that Michael Brown’s—and Eric Garner’s and John Crawford’s—passing is as loud as Williams’s.  The former story is much more likely to fall dangerously off the public radar than the latter. More importantly, for now, the latter’s family has asked for peace, while the former’s family and community is asking for justice.

Eileen Cartter majors in English and American studies at Kenyon College. Find her on Twitter @eileencartter or send her an email at [email protected]

Photo by DonkeyHotey/Flickr (CC BY 2.0)