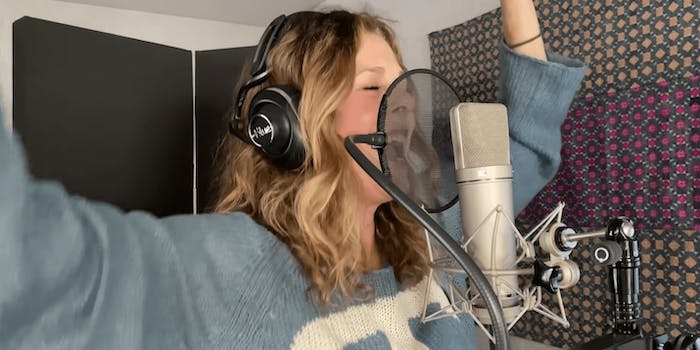 Wilson and her husband, Tom Hanks, both tested positive for COVID-19 last month, becoming the first celebrities to publicly reveal their diagnoses. Wilson and Hanks both spent their recovery in Australia, where Hanks was doing pre-production for Baz Luhrman’s upcoming Elvis Presley biopic. Production was halted following Hanks’ diagnosis.

The Hollywood couple handled their isolation and recovery like champs and returned to the United States at the end of March. During her recovery, Wilson rapped “Hip Hop Hooray” on Instagram Live while Diddy served as hype man. She eventually posted a performance of the full song on her Instagram, flexing her agile flow and proving she was destined to remix the track.

Open up the vaults and drop the ‘90s hip-hop album, Rita. we know you’ve got it.