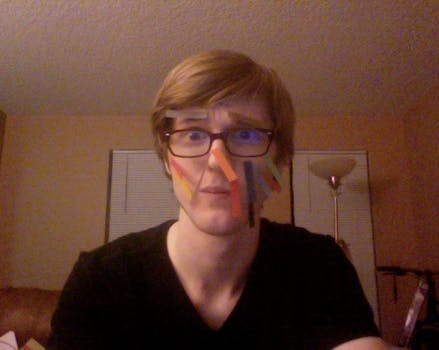 Every time you upvote, this man sticks a Post-It to his face

Redditor Fire4 is having a rough day. To make himself feel better, he's offering to stick a Post-It note to his face for each upvote he gets.

Some people like to drink on their bad days. Other folks like to sleep. Some, the ones inspiring ire and envy, make it their mission to chase the blues away—they go running, shopping. They go. They grab that bad day by the horns and wrestle it to the ground.

On Reddit, however, people sometimes wake up with combat plans that may appear to be somewhat unusual, to say the least.

Facing what he described as “a rough day,” one redditor known as fire4 decided to cheer himself up by attaching a Post-It Note to his face every time someone else on Reddit upvoted his post.

Talk about the ultimate quest for karma. 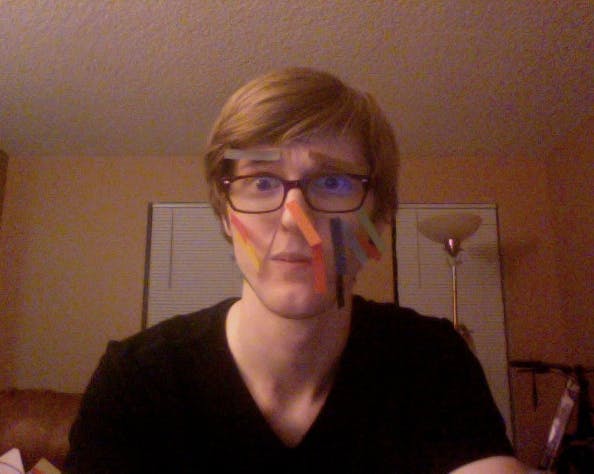 To prove his efforts, the youthful chap offered a preliminary picture to subreddit r/funny that finds him he’s wearing 11 multi-colored Post-It Notes.

Of course, the photo also found fire4 to be seated privately within his living room—a far cry from the hilarity that would derive from him testing out this technique in a restaurant or office or anywhere where people can see how ridiculous he looks

Two hours in, fire4’s post has received more than 350 up votes, which means that he should be just about drenched in Post-Its.

He has, however, failed to post any updates. Until then, we sit and wait—and hopefully return with a few words from the man.