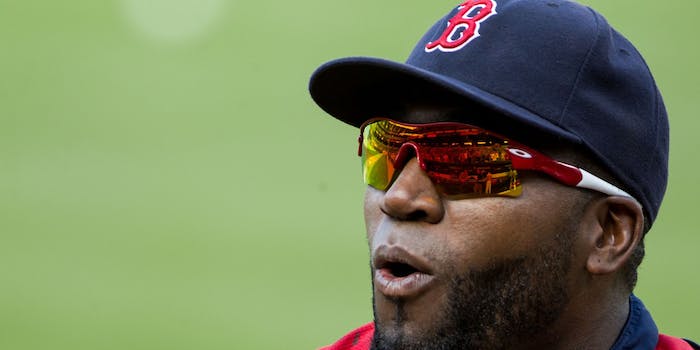 What's wrong with this thing?

The Boston Red Sox are bidding a long farewell to slugger David Ortiz, who last year announced that he would retire following the 2016 season. And what better, more baseball-y way to celebrate a 10-time All-Star and three-time World Series winner than with a crummy bobblehead figurine?

A statement from the #RedSox regarding tonight's David Ortiz bobblehead giveaway: pic.twitter.com/btKRFyvDIE

Huh? What could be so wrong with bobbleheads that they’re unacceptable? It’s not like we expect great craftsmanship from a foreign-built hunk of plastic given away for free to thousands of ticketholders.

So they’re just… ugly? That doesn’t sound that bad. I mean—

This is apparently the David Ortiz bobblehead deemed unacceptable. Endeavoring to find out why it was. pic.twitter.com/NmNiDBkPLv

Just seen Red Sox have withdrawn the Papi bobblehead giveaway tonight because they were so awful when delivered! pic.twitter.com/Kkp5qARdAS

Oh. Yeah, wow. Though maybe if you looked at it from a certain angle…

"So, why do you have a racially insensitive David Ortiz bobblehead on your desk?"

Funny you should ask

Nope, sorry I said anything. It’s definitely, horribly offensive. Good on the Red Sox for canceling the promotion. Hope they do better next time.

Don't worry guys, I got a sneak peek of the replacement David Ortiz bobblehead, it looks great! pic.twitter.com/gPGCzI2OZE