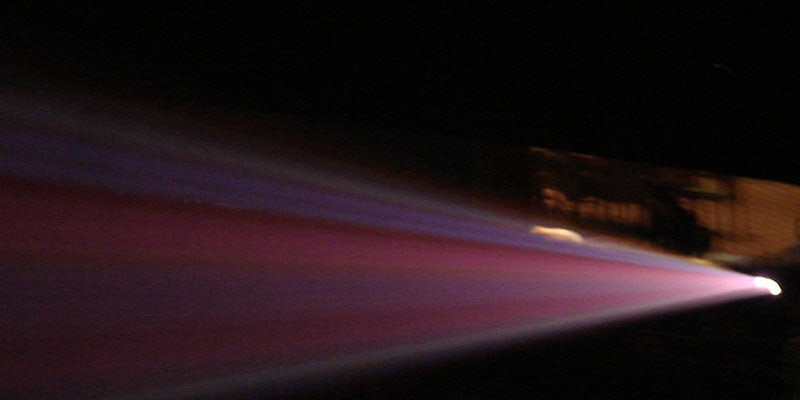 The NSA’s terrible PRISM PowerPoint slides get a makeover

Design professionals are fighting back against U.S. government's war on good taste.

By now we all know about the heady privacy issues surrounding PRISM, the secret NSA program that gives the U.S. government backdoor access to the private data of millions of people collected by nine popular websites. To anyone with the even the slightest care for design aesthetics, however, the leaked PowerPoint slides detailing the program are nearly as egregious. A pre-schooler snorting marker and slinging paste could surely design something prettier, and more legible.

It’s just part of a bigger historical trend, a long-running war on good taste waged by American bureaucrats. “Are NSA’S PRISM PowerPoint presentation slides the worst ever made?” pondered the Huffington Post; “PRISM continues U.S. government tradition of death by PowerPoint” declared Foreign Policy. Understatements, both of them.

Enter Emiland De Cubber, a PowerPoint pro, a French presentation designer whom TED talkers actually pay to design their slides. He’s reworked all six of the slides published by the Guardian last week. “Dear NSA,” De Cubber wrote, “you can do anything you want with my data, but not with my eyes.”

If the NSA’s original slides were like a sucker punch to your eyes, De Cubber’s are more a gentle massage. Reading about the unstoppable expansion of the American security state never felt so good.