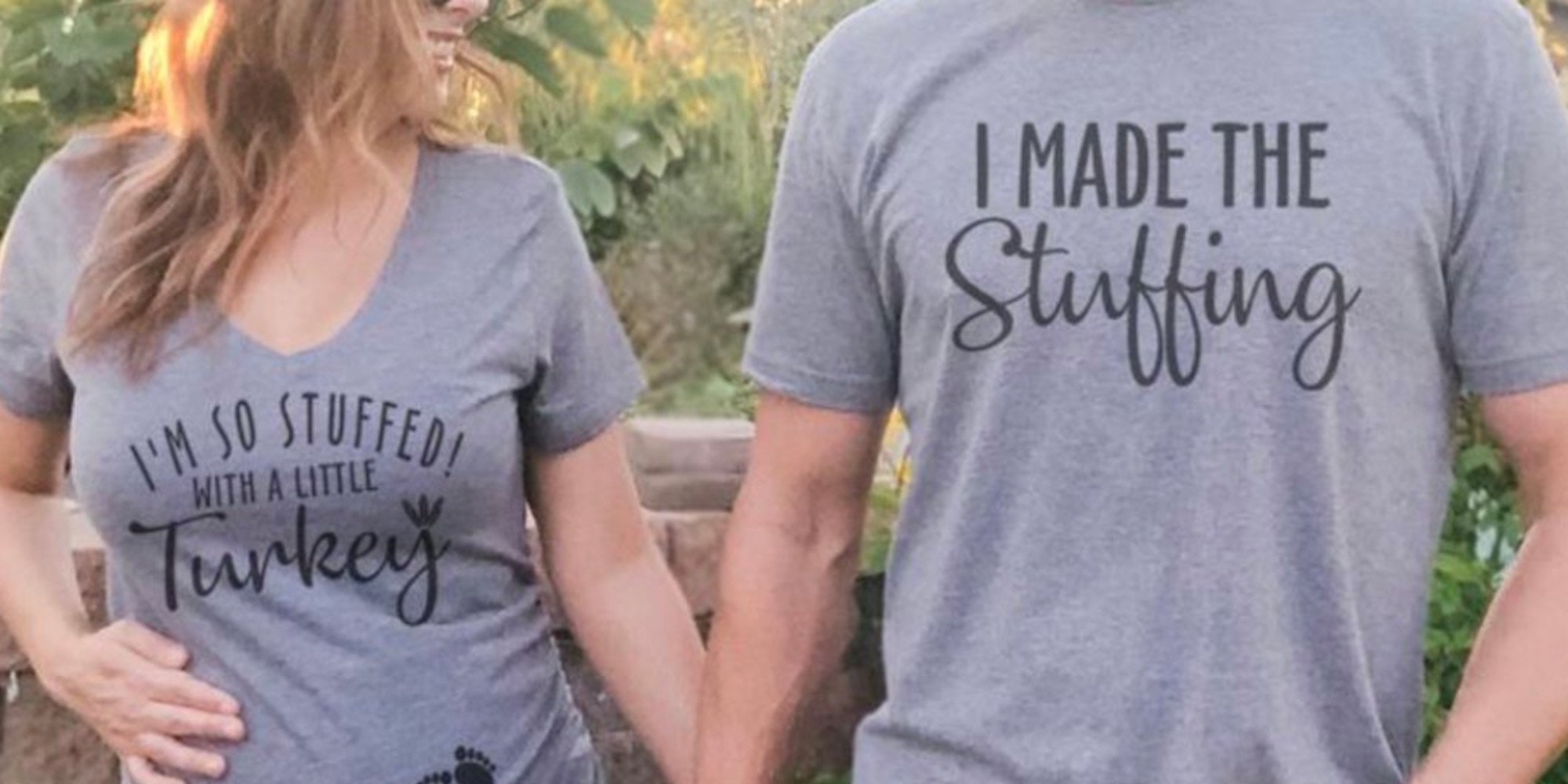 Are the straights OK?

Couples’ pregnancy shirts are a divisive topic online as some find them cute and others find them unbearably cringy. This week a Thanksgiving-themed set produced by It’s Your Day Clothing—featuring the paired phrases “I’m so stuffed with a little Turkey” and “I made the stuffing”—proved too much for one Twitter user, and it has spawned a whole series of memes to brighten up your Thanksgiving.