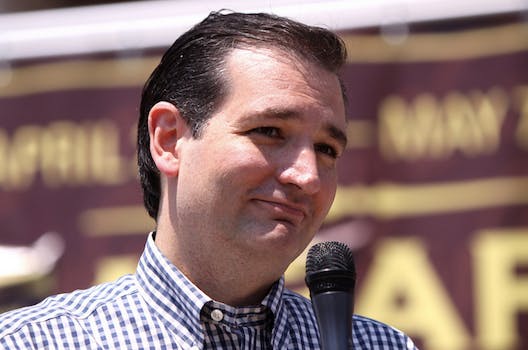 If you weren’t already aware, a sizable demographic of Twitter sleuths and conspiracy theorists believe that Republican presidential candidate Sen. Ted Cruz may be the Zodiac Killer, the infamous madman who terrorized northern California in the late 1960s and early 1970s but was never caught.

Cruz himself has yet to deny these allegations, which is perhaps what gave Public Policy Polling—one of the most respected polling firms in the country, even if it does lean somewhat Democratic—the opening to ask voters where they stood on the matter.

ok weird twitter you can have the very last question on the poll https://t.co/U9Q6me7Ole

Naturally, the Zodiac hunters were thrilled.

So, how did the question play? Glad you asked.

We are finding many Floridians can not rule out the possibility, although few are convinced of guilt https://t.co/OPsWIl97Sy

We’re still awaiting final results, although we can say one thing for sure: Public Policy Polling has now been buried under requests for more trolling questions.

We already did is a burrito a sandwich how many questions of this genre do you people have https://t.co/QZ6XWbKyT0

No but we polled about whether Olive Garden is a high quality authentic ethnic restaurant https://t.co/qdsNE7fqxi

We may just have to do a free standing poll at some point in the future on the important issues being raised https://t.co/qOQvATvAby

Meanwhile, the Zodiac mystery remains unsolved… or does it?

Update 10:01pm CT, Feb. 25: Welp, the results are in, and they don’t look good for the Zodiac—er, Ted Cruz. Unjustly buried in the bottom of a brand-new PPP report is this bombshell:

Finally we find that 38 percent of Florida voters think it’s possible that Ted Cruz is the Zodiac Killer. 10 percent say he for sure is, and another 28 percent say that they are just not sure. Cruz is exonerated from being a toddler serial killer by 62 percent of the Sunshine State populace.