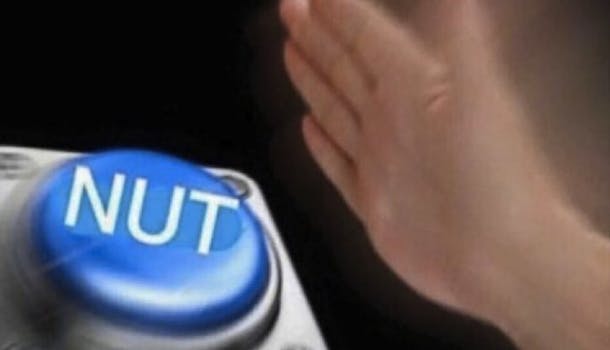 What it really means to ‘nut’ and ‘succ’

Succ a thicc til it nut.

You may have seen people on the internet succing and nutting a ton lately, and wondered to yourself: What does it mean to nut? What does a succ signify? I’m here to tell you that these things mean exactly what you think… but also so much more.

Please join me for this, a ballad of nut and succ.

“Nut” has been part of American slang for more than a decade, with the earliest Urban Dictionary entries dating back to 2002. It’s a shortened, cooler-sounding version of the phrase “bust a nut,” which appeared in books as far back as 1960, according to Google Ngram Search. You already know what it means, but let’s go ahead and lay it all out on the table: To nut is to ejaculate, to experience orgasm, to come, to—if you will—”shoot” a “load” (of semen).

“Nut” had its big break online in 2014, when a series of reaction videos called “when u nutted but she still sucking” made the rounds on YouTube, Reddit, and Imgur. The joke can be completed with any image or animation of someone expressing pained shock that the oral sex has continued into the extremely sensitive post-orgasm period.

According to Know Your Meme, the trope started on Bodybuilding.com forums with this GIF of famous robot police officer RoboCop. (RoboCop can’t have sex, of course, but just try to roll with it.)

This Home Alone GIF is another platonic example:

When you bust a nut and she keeps sucking

As is this scene from Toy Story, recontextualized in a way that gives disturbing new meaning to the name “Woody.”

But, freed from Bodybuilding’s virtual locker room, with its virtual scent so richly redolent of unwashed sweatsocks, the “nut” meme had room to mature and become more complex.

In late 2015 and into 2016, it took the form of a big blue “NUT” button that one metaphorically hits when something feels really good during sex. The joke here, however, is that what makes the poster “nut” is nothing especially sexy, cool, or popular. The nut-triggering event instead suggests a nerdy, self-deprecating personality, adding the frisson of irony that “when you nut” sorely lacked.

In the original example, the poster prefers cartoons to real people: 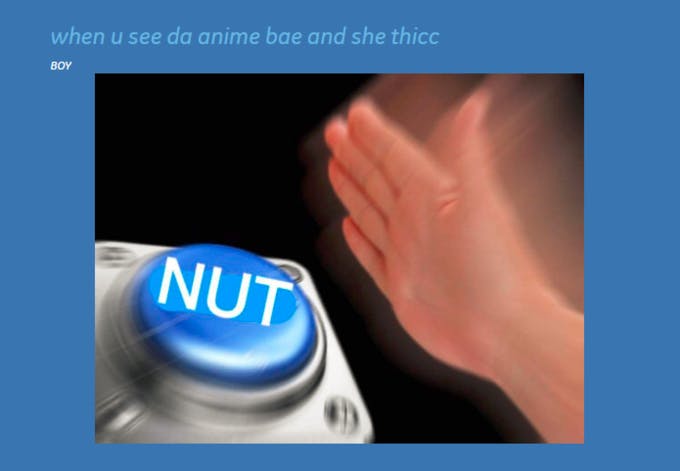 The nut button can also function as a reaction to a good and dank meme. 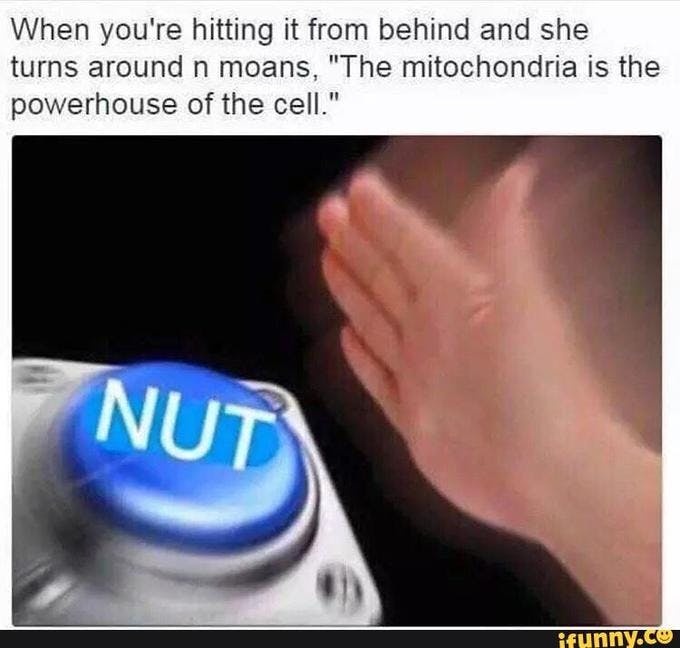 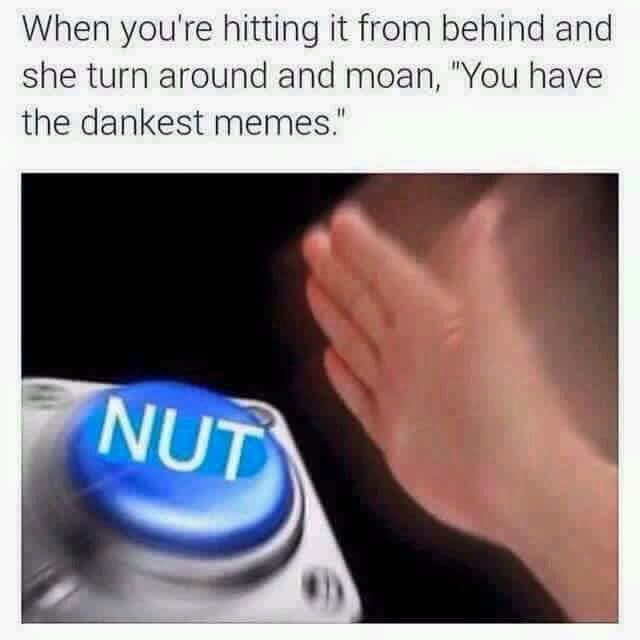 Frequently, the good thing behind that nut is a “succ,” which, again, means exactly what it sounds like. When someone succ, someone else often nut.

But… why not “suck?” Hasn’t good, old, reliable “suck” served the same purpose in generations past?

Sure—but there are crucial differences.

For one thing, “that succ” or “the succ” or even “succ” tends to function as a noun. For another, the intentional misspelling is funny as hell. It leads you to notice “succ” any time you read “success.” 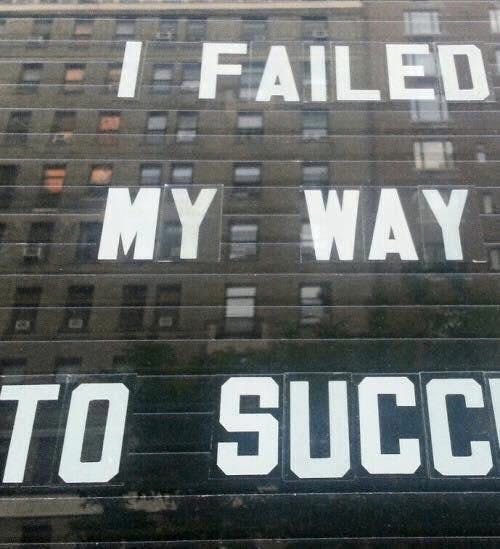 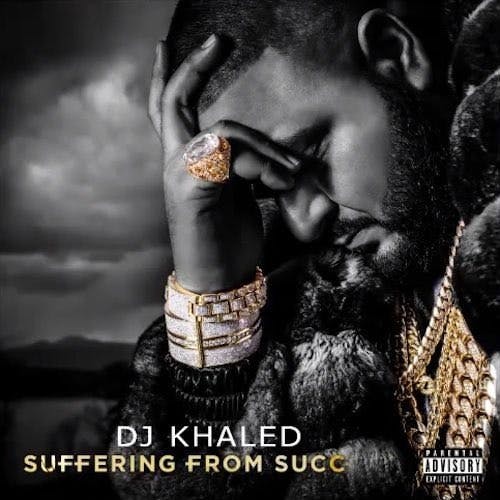 It’s even funnier when you realize “succ” is pronounced quite differently. (We’ll get to that shortly.)

It’s not entirely clear where “succ” originated, but it found an early audience on the Facebook page “Special meme fresh,” where several posts about succ appeared in 2015.

“[T]he origin of succ is probably on tumblr somewhere and related to spongebob, i didn’t start it,” Special Meme Fresh told the Daily Dot, “but i made some memes with it that were very popular.”

Perhaps they were too popular. In August 2015, the person behind Special Meme Fresh got fed up with the prevalence of “succ” comments on the page and called for a moratorium on his own good joke.

But succ had yet to break free and conquer the internet at large. It didn’t take off big-time until October of that year, when Special Meme Fresh posted a now-infamous “Layers of Irony” comic. 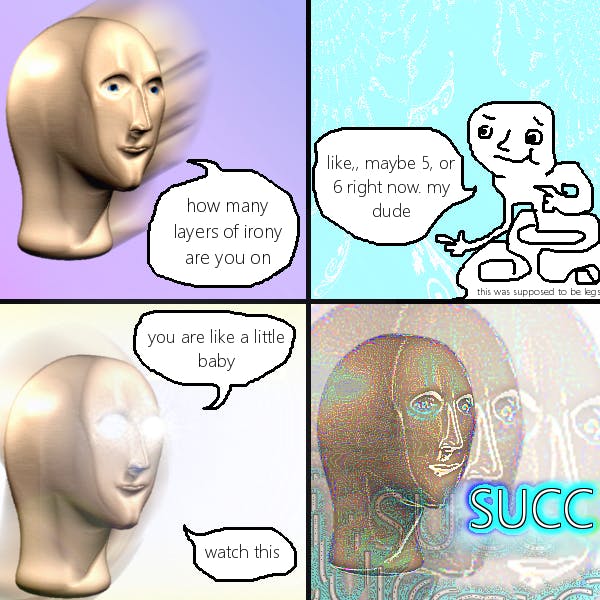 Now succ, which may have started on Tumblr, was being fed back to Tumblr and amplified through several “layers of irony.” And it was pronounced: “sook?”

Somehow, this only makes succ better.

The next big evolution of succ came in February 2016, and it happened on streaming video platform Twitch.

Video game streamer Vinesauce Joel, aka Vargaskelethon, hosted a RollerCoaster Tycoon disaster video wherein players attempted to make the most absurd and destructive coasters they could. Someone named one of the deadly in-game creations “succ,” leading to fantastic notifications like: “4 people have died in an accident on succ.”

Joel tried to describe the succ he was seeing on screen, but couldn’t do it without cracking up:

Later in the video, someone put up signs reading “succ is dead. no succ,” leading to more hysterics from Joel. You’ll notice that he also likes to pronounce succ with the same vowel sound as in “good” or “foot.” Either that’s a function of Joel’s Swedish accent, or the Layers of Irony video defined the way “succ” should be said out loud. 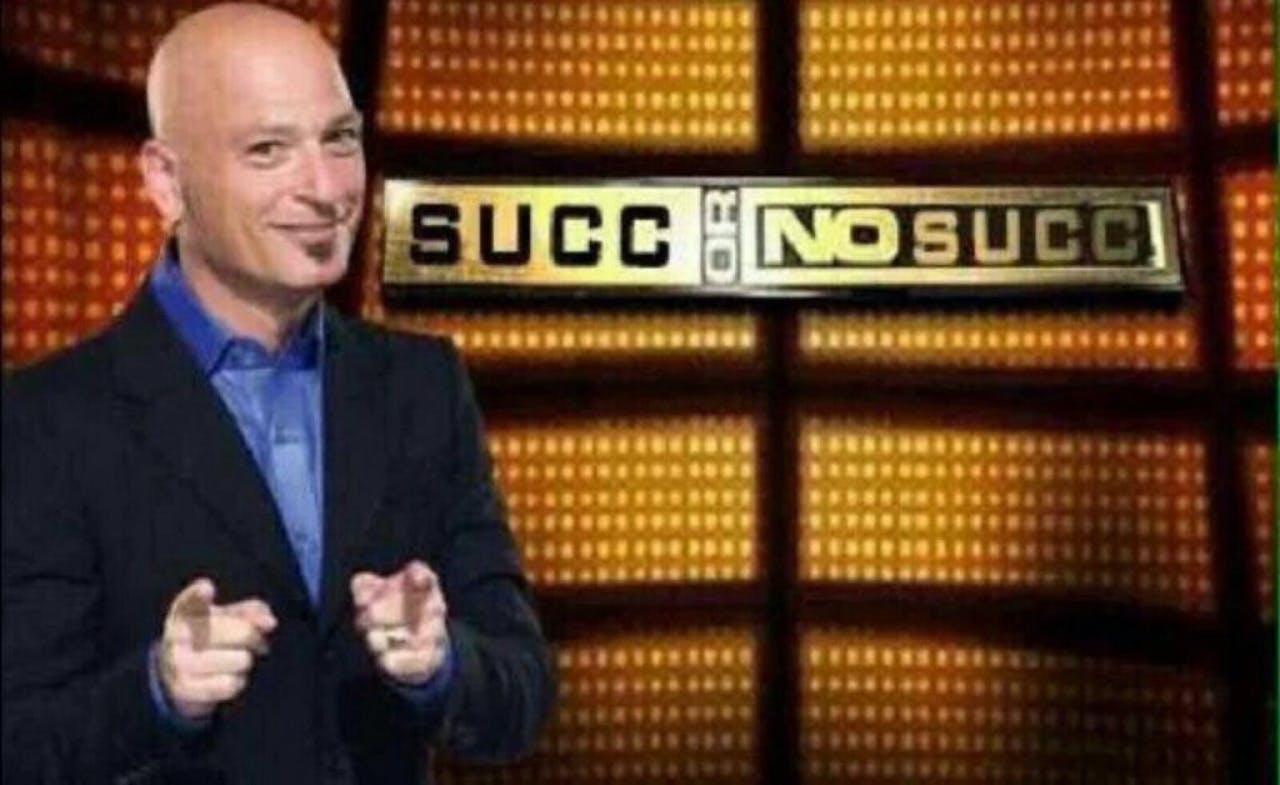 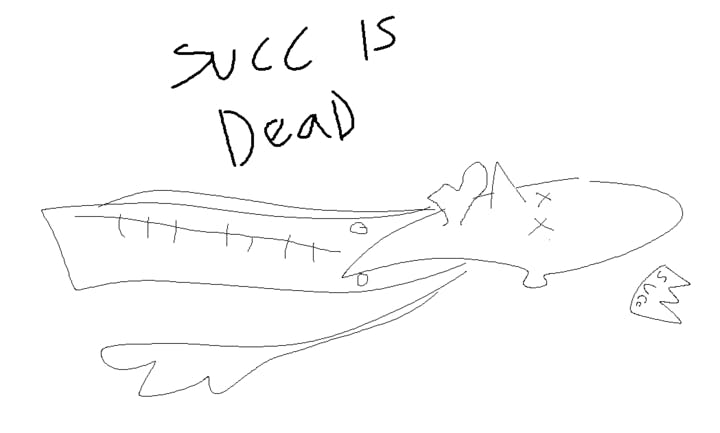 Another big moment for succ came in March 2016, with the release of Batman v. Superman: Dawn of Justice. Because of the film’s long title, some movie theaters displayed this sign for closed-captioned showings:

Yes, it was Batman v. Succ.

The likelihood that you’ll encounter succ in real life is definitely part of its appeal. The Sydney University Cricket Club, for example, hosted an awards banquet featuring “the glorious sight of a 2m high ‘SUCC’ sitting at the end of the pier.”

Try not snicker at photos of the winners posed with their dates next to the stunning, giant SUCC: 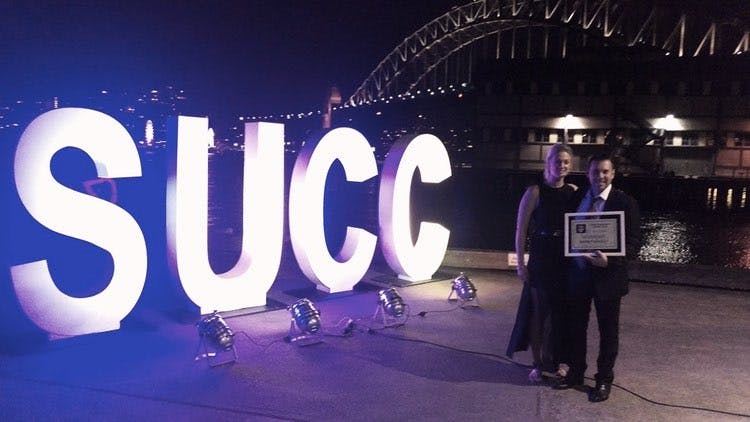 Another popular variation remixes the nearly decade-old Cereal Guy meme. Cereal Guy is a stick figure who cannot believe what he’s seeing, and does an appropriate spit take in response. Back in 2008, his catchphrase was “he will never have a girlfriend.” In this day and age, Cereal Guy can’t believe someone unappealing is finally getting the succ: 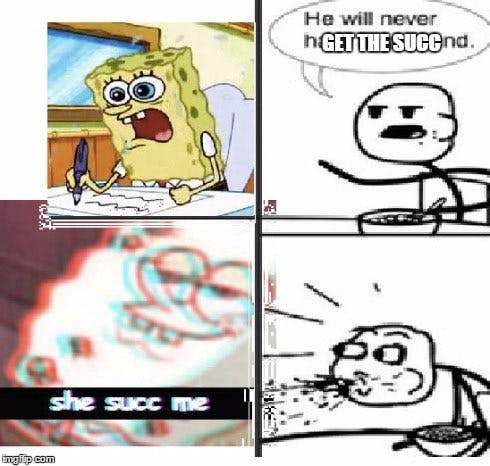 You’ll see this variation mostly on meme-dump sites like ifunny.co, imgflip and Sizzle. 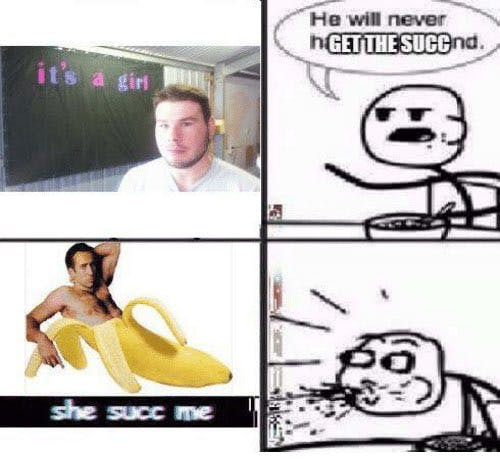 Months after becoming widely known online, succ continues to thrive in places like 4chan, where it was recently used as commentary on a monster from the upcoming Pokémon game Sun & Moon.

The uninitiated, like little babies, still yearn to know the true meaning of succ, but find they lack the requisite layers of irony to understand:

Succ may have passed its peak, but I am here to tell you that succ is not dead. It remains a fertile memeing ground with plenty of room for innovation. Succ is alive.