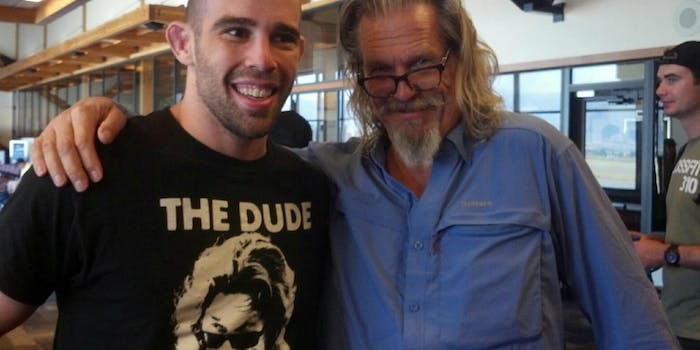 These people wore the perfect shirts for their celebrity encounters

Well, it happens occasionally—to people who are not you.

So, be happy for the people in the photos above, those lucky few whose dreams have come true. Especially the dude who probably spent much of his life hoping he could one day breathe the same air as Justin Long.