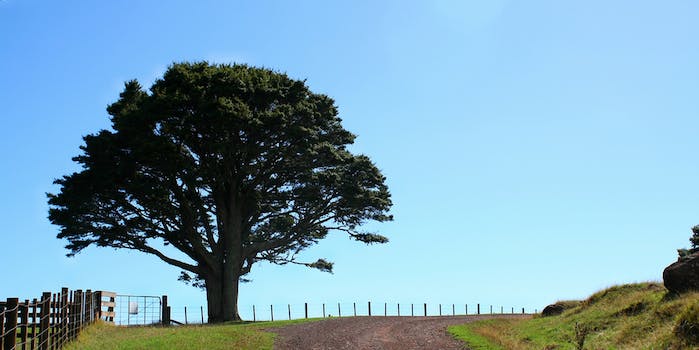 People are tweeting so much they’re walking into trees

It's as if they’re trying to summon Larry the Twitter Bird down to verify them.

Death and Taxes has noticed a painful social media trend: selfies documenting pratfalls and other self-injuries. But we’re more concerned about a much more prevalent and common problem: Twitter users running into trees while tweeting.

Most of us might not think to turn to social media after we’ve tripped and fallen, wiped out, been attacked by bees, and chased by dogs. But in the days of the all-consuming wireless world, the temptation to turn to Twitter for self-deprecation is too great:

It’s just been one of those days. I spilled a whole Starbucks when I tripped and fell on my face. All I was trying to do was surprise the bf

@JeremyUrrutia Man, I ate it harder than that today! Flew over handlebars, slid on hands and arms, rolled downhill & landed on my back!

But above all, one public health hazard looms larger than any other. Twitter users seem especially prone to running into trees due to tweeting while walking, as if they’re trying to summon Larry the Twitter Bird down to verify them.

I just ran into a tree bc I was on Twitter

i ran into a tree when i tweeted that.. ops sorry #Tree

The texting-while-walking-and-running-into-a-tree epidemic is so widespread that during the writing of this article, three more Twitter users reported running into trees while texting or tweeting. This suggests that untold numbers of Twitter users may be prone to the spread of the trend. While public awareness about the hazards of texting while driving have been successful, it’s alarmingly clear that more efforts are needed to increase public education about the widespread dangers of texting near trees and shrubbery.

While so far none of the Twitter users appeared to be seriously injured from their encounters with plant life, as Tweeting and texting near trees becomes more and more common, it’s only a matter of time before things go too far.

While texting I ran into a tree..damn thing came out of no where!!

Did it, @LegalKorean? Or did it come for you and your phone?

We’ll be watching Twitter for updates on this growing health crisis.