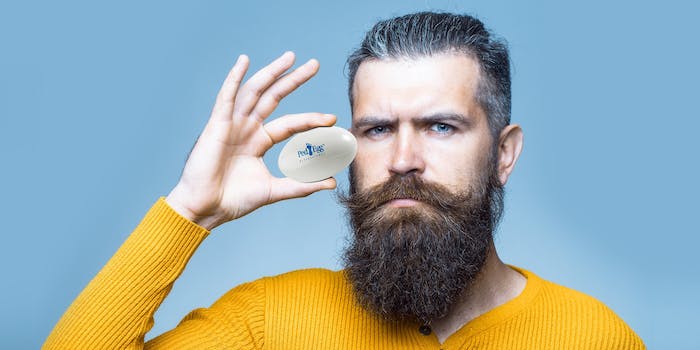 War stories about shitty exes are sometimes the only things we can take away from a terrible relationship. I’ve had plenty of partners who seemed like a bad idea at the time and continued on that trajectory until the whole thing crumbled. But some of my biggest foibles in dating made for the best stories; the type of tales that restore your faith in the playfulness of the universe and make you so grateful you’re out of that.

Writer Sarah Gailey unleashed perhaps the best possible such story on Twitter on Wednesday. It starts out innocuous enough then soon gets cringe-worthy.

I once dated a terrible man who was awful &horrible &I shouldn’t have dated him. You know the type. Just picture “awful,” that’s him. 1/

One night we were at a family member’s house and he spotted something curious lying on the coffee table.
“What’s that?” he asked.
3/

He grabbed it &started to fiddle with it.
“Put that down, you don’t want to touch it” I said.
“But what is it?” he asked, still fiddling.
5/

As dude begins acting more and more like a toddler, the device reveals itself to be none other than a callous-grooming PedEgg, aka not something you want right in front of your face.

Reader, he raised the thing in his hand to eye level, looked right at me, and
touched
the
button

Twitter, if y’all have ever watched television, you have probably seen a commercial for
The Ped Egg

You can use the Ped Egg to grate off the crusty, barnacled undersides of your gnarled-up feet. The egg part catches the foot shavings.
11/

It’s a good device! And, for the money-minded, it certainly beats the heck out of expensive trips to the salon for a pricy pedicure. But, there’s one important thing that comes with PedEgg ownership: PedEgg maintenance.

(my apologies to everyone who
If you don’t empty your Ped Egg frequently, it can get
*pretty much packed*
with foot shavings
(sorry)
13/

You can only imagine what happens next, which Gailey illustrates in glorious detail.

And the lesson here? Listen to your girlfriend. Or, heck, give anyone the respect they deserve.

THAT is why you ALWAYS listen to your girlfriend. Because if you don’t, you end up with a foot in your mouth.
And nose.
And eyes.
~fin~

Gailey, who admitted she dated the dude far longer than was reasonable, is far away from that relationship. Nevertheless, she took the tale of the PedEggsplosion and has lovingly shared it with us, foot shavings and all.