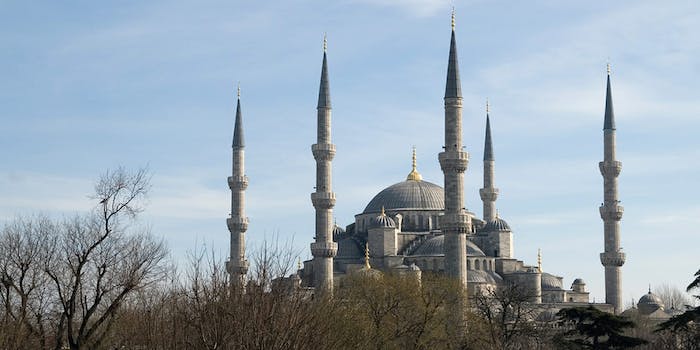 We’re a full four months into this Tinder column, and I have yet to successfully go on a date with anyone, really.

Hello and welcome, once again, to the Tinder power rankings travelogue, brought to you by the disappointment of Prague, my own ineptitude in Ljubljana, and the great white penis of Cavtat. I spent much of September in Istanbul, Turkey, a city that’s… well, it’s certainly not Constantinople, now is it.

Istanbul is the fifth largest city in the world, straddling two continents by way of the Bosphorus Strait, which my cab driver said costs a full 10 Turkish Lira extra to cross—so you may want to ford that fucker the next time you’re hopping from Europe to Asia. Like an inappropriately named Oregon Trail character dying of dysentery, my app-enabled love life here was thoroughly predictable. The women of Istanbul seemingly all have partners, and the men are beyond intense. Call it a cultural flaw, but the closest I got to being wined and dined was one half-hearted rejection from an art teacher and my dismissal of a man so incredibly obsessed with how damn excited I must’ve seemed about the date that I feigned having to work instead.

This guy was a friend of a friend, so I wrongly figured he wouldn’t be awful or ask me rapid-fire questions about how long I’d been single while demanding a selfie from me (Scotch-drunk over curry chicken dinner mere hours before the planned date). He somehow found the photo I sent him of my meal unacceptable, then texted me 15 minutes later, noting the length of time elapsed and lack of selfie. One big pile of nope, coming right up.

Because the universe is a gorgeous bastard, and all-nighters are easier to pull off in Istanbul than getting eye-fucked on the street, one thing led to another, and I ended up having a late-night-to-early-morning hardcore hook-up with my fellow traveler (whom you might remember from Prague) that very same evening. Once again, alcohol conspired in our favor, leading to the type of bondage-heavy sex session that makes any red-blooded American believe in the divine power of boozing. A similar concoction would conspire against me on my final night in Turkey, and I’d end up falling asleep to a documentary on cow methane emissions while lazily fondling a penis with the type of careless bravado akin to a hungry blind man reading a braille menu at a Denny’s.

But I know you ordered the Istanbul Tinder Power Rankings, so here they are, spread out like an elaborate Turkish breakfast. 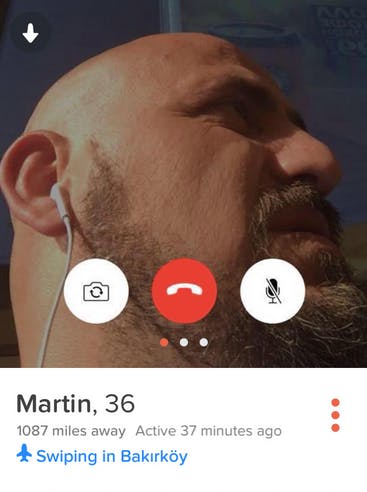 Nobody likes an upshot, and even fewer people enjoy the clunky circular buttons of an iPhone call perpetually floating around your face meat. Tinder’s all about trying something new, however—aka being as lazy as possible when it comes to your own photos. Martin probably just received news that he can lower the interest rates on his mortgage despite having lived in a van down by the river for five years. The faint impression of what appears to be an ad for Burger King coffee in the background kind of gives away the type of guy he is: cheap and questionable. 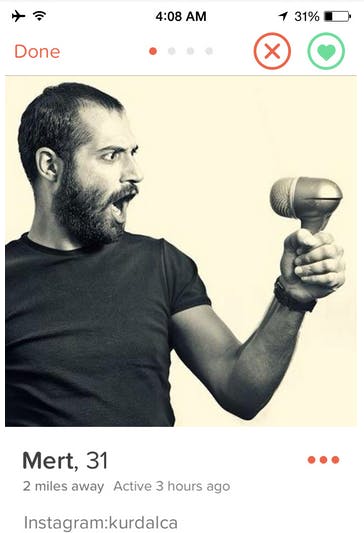 Wanna know why Mert is yelling? Because this sepia-tinged gentleman didn’t realize that it’s not about the size of the microphone but whether or not you actually plugged the damn thing in to begin with. This screenshot was taken before I upgraded to the new and improved version of Tinder, which has larger buttons for less risky drunk swiping. That’s about the only notable thing about this photo aside from the fact that Mert’s male pattern baldness will probably make for a really cool mohawk by the time he’s 50. 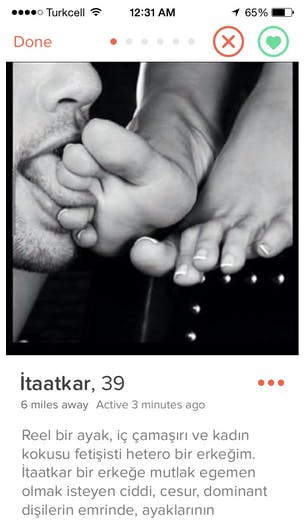 Shitty Turkish translations are the reason I ordered a “duplex” pizza from Domino’s and was disappointed when the pie couldn’t accommodate a family of four on one half and two grandparents on the other. They’re also the reason I have no idea whether Itaatkar wants to be dominant or dominated. According to Google, dude is only interested in real feet—none of that synthetic shit!—and has an, ahem, smell fetish. Though I can stop bathing with the best of them, I have the world’s most ticklish feet and would probably dominate Itaatkar’s mouth by kicking his teeth into oblivion once his tongue came waggling around my toes. 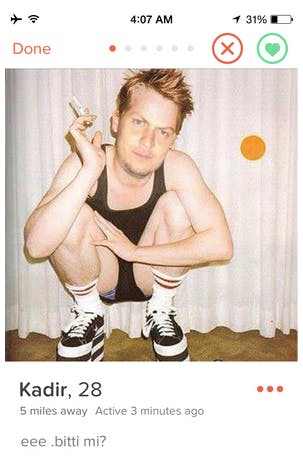 Kadir is wearing platform shoes. This is the most important detail aside from the fact that “bitti mi?” means “is it over?” To ask that question while squatting and smoking makes me think dude was going for some type of uncomfortable pose world record. There really is no good way to explain what appears to be a man in a black leotard with denim hot pants creeping out from underneath, gym socks, and the type of clunky sneakers middle school girls get as a right of passage into the world of ultra-ugly, blistering high heels. Maybe Itaatkar can advise Kadir on the proper shoe before they step behind that curtain and get their freak on. 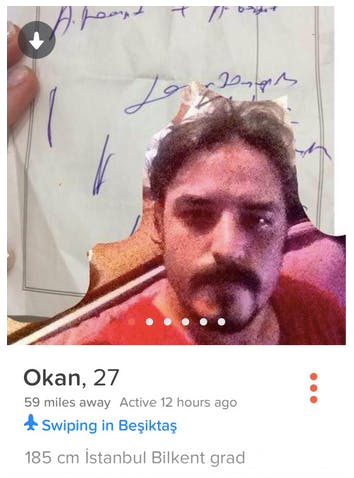 Just call Okan the Kool-Aid Man of Tinder, because this red-shirted beauty is busting straight through your smartphone screen and into your heart. Ohhh, yeaaaaah. Cool to see a man who is literate, probably not so cool to look at the scrap paper around his head and surmise it’s a prescription for ball cream or that no-tears baby shampoo. Shout out to the finely manicured hand holding it that’s more in focus than the actual human in the photo. 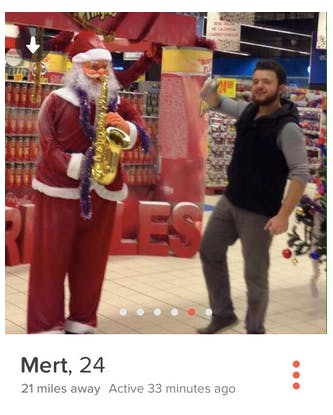 I swear to god someone photoshopped Mert 2’s head into this picture so he could turn up for Santa. Tinder truly is the gift that keeps on giving. Stay based, Mert(s).