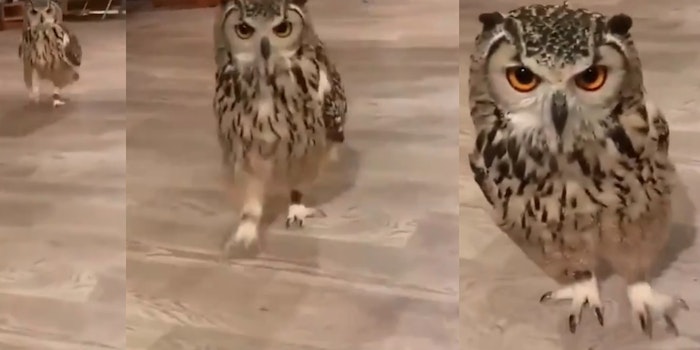 People can’t get enough of this running owl

Where exactly is this owl going?

Owls are fearsome nocturnal predators, with sharp talons and even sharper vision that allows them to zero in on unsuspecting prey. Their large eyes not only give them enhanced night vision but also give them a scholarly appearance and Owls are often used as a symbol of wisdom in works of fiction.

You probably knew all that, though. What you probably didn’t know was how cute they look when they run.

On Feb. 6, @NewYorkNeek posted the above video to Twitter along with the caption “Y’all ever saw a owl run?”

In the relatively short amount of time it’s been up, it’s already garnered over 23 million views. Everyone seems to love it.

What an absolute Darling. #LoveOwls

Owls are cats with a pilot license

We don’t currently know the name of the owl in question, but it’s quickly become a meme.

Me when I see a cater waiter at an event pic.twitter.com/bRKxzNWjeQ

When I overhear someone saying they know how to reverse this weird spell that turned me into an owl pic.twitter.com/TeY85uGCFd

It’s even inspired an audio remix.

Running Owl has been with us less than a week so who knows how long it might stick around or what wacky turns this meme might take.  If we’ve learned anything from Duoling (other than some basic Spanish) it’s that owls memes can’t get really weird really quickly. 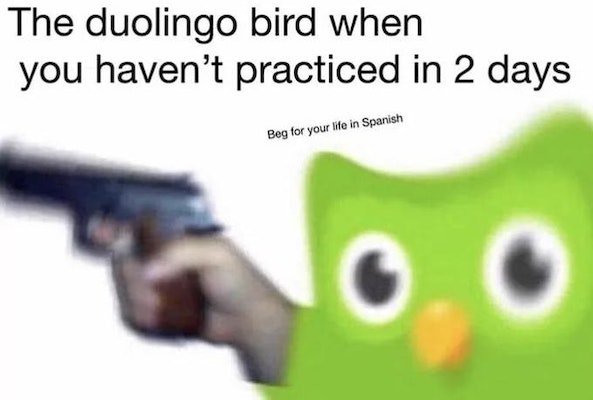