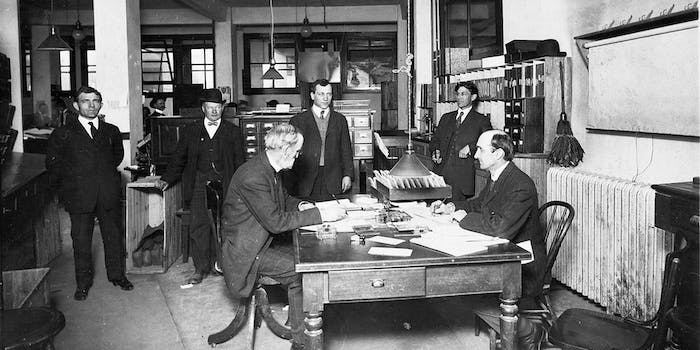 America's workers are underpaid and overworked—and this is a step in the right direction.

BY ROBERT REICH AND NICK HANAUER

The Department of Labor just proposed raising the overtime threshold from $23,600 a year to $50,440, and from the fearful squawks coming from the business lobby, you’d think the sky was falling. But all this trickle-down scare-talk about job-killing regulations and unintended economic consequences is just that—trickle-down scare talk—without an ounce of empirical data to back it up.

We call it: Chicken Little Economics.

Today's announcement expands overtime pay in #Wisconsin to an estimated 80,000 people. National rules have been updated once since 1975.

160,000 Ohioans will be eligible for overtime pay from @POTUS’ #FixOvertime proposal. pic.twitter.com/7HTJDaRZZy

40 years ago, more than 60 percent of salaried workers qualified for overtime pay, but today, only about 8 percent do. #FixOvertime

In fact, far from the end of the world, middle-class Americans never did better than when the overtime threshold—the annual salary below which workers are automatically entitled to time-and-a-half overtime pay—was at its peak.

A half century ago, more than 60 percent of salaried workers qualified for overtime pay. But after 40 years in which the threshold has been allowed to steadily erode, only about eight percent do. If you feel like you’re working longer hours for less money than your parents did, it’s probably because you are.

Today, if you’re salaried and earn more than $23,600 dollars a year, you don’t automatically qualify for overtime: That means every extra hour you work, you work for free. But at the Obama administration’s proposed new threshold, everyone earning a salary of $50,440 a year or less would be eligible to collect time-and-a-half pay for every hour worked over 40 hours a week.

That would add nearly 5 million more workers to the numbers eligible, substantially increasing both middle-class incomes and employment. It’s not as high as the $69,000 threshold it would take to return to 1975 levels, but it’s a courageous step in the right direction. It’s like a minimum wage hike for the middle class.

Everybody knows Americans are overworked. A recent Gallup poll found that salaried Americans now report working an average of 47 hours a week—not the supposedly standard 40—while 18 percent of Americans report working more than 60 hours a week. Indeed, overtime pay has become such a rarity that many Americans don’t even realize that the majority of salaried workers were once eligible. We just keep working longer and harder.

And ironically, the longer and harder we work, the more we weaken the labor market, weakening our own bargaining power in the process. That helps explain why over the last 30 years, corporate profits have doubled from about 6 percent of GDP to about 12 percent, while wages have fallen by almost exactly the same amount.

The erosion of overtime and other labor protections is one of the main factors leading to this worsening inequality. But a higher threshold would help reverse this trend.

Overtime pay has become such a rarity that many Americans don’t even realize that the majority of salaried workers were once eligible. We just keep working longer and harder.

Under the new salary threshold, employers would have a choice: They could either pay you time-and-half for your extra hours worked, or they could hire more workers at the standard rate to fill your previously unpaid hours. The former would put more money into your pockets. The latter would put more leisure time at your disposal while directly adding more jobs. And either would be great for workers and great for boosting economic growth.

Lower- and middle-income workers don’t stash their earnings in offshore accounts the way CEOs do—the more they’re paid, the more they spend on goods and services. When workers have more money, businesses have more customers, and when businesses have more customers, they hire more workers. Whether through an increase in consumer demand or through a reduction in unpaid hours, a higher overtime threshold would increase total employment, tightening the labor market and driving up real wages for the first time since the late 1990s.

Of course, conservative pundits and politicians will attempt to preserve the status quo by warning that a return to more reasonable overtime standards would somehow cripple our economy, hurting the exact same workers we intend to help.

But that’s what they always warn about every regulation—from the minimum wage and Obamacare to child labor laws. Yet it never turns out to be true. The sky never falls. And trickle-down economics looks more like Chicken Little Economics with every passing day.

Robert Reich served as the Secretary of Labor under President Bill Clinton. Nick Hanauer is a Seattle-based entrepreneur.

This article was originally featured on Medium and republished with permission.