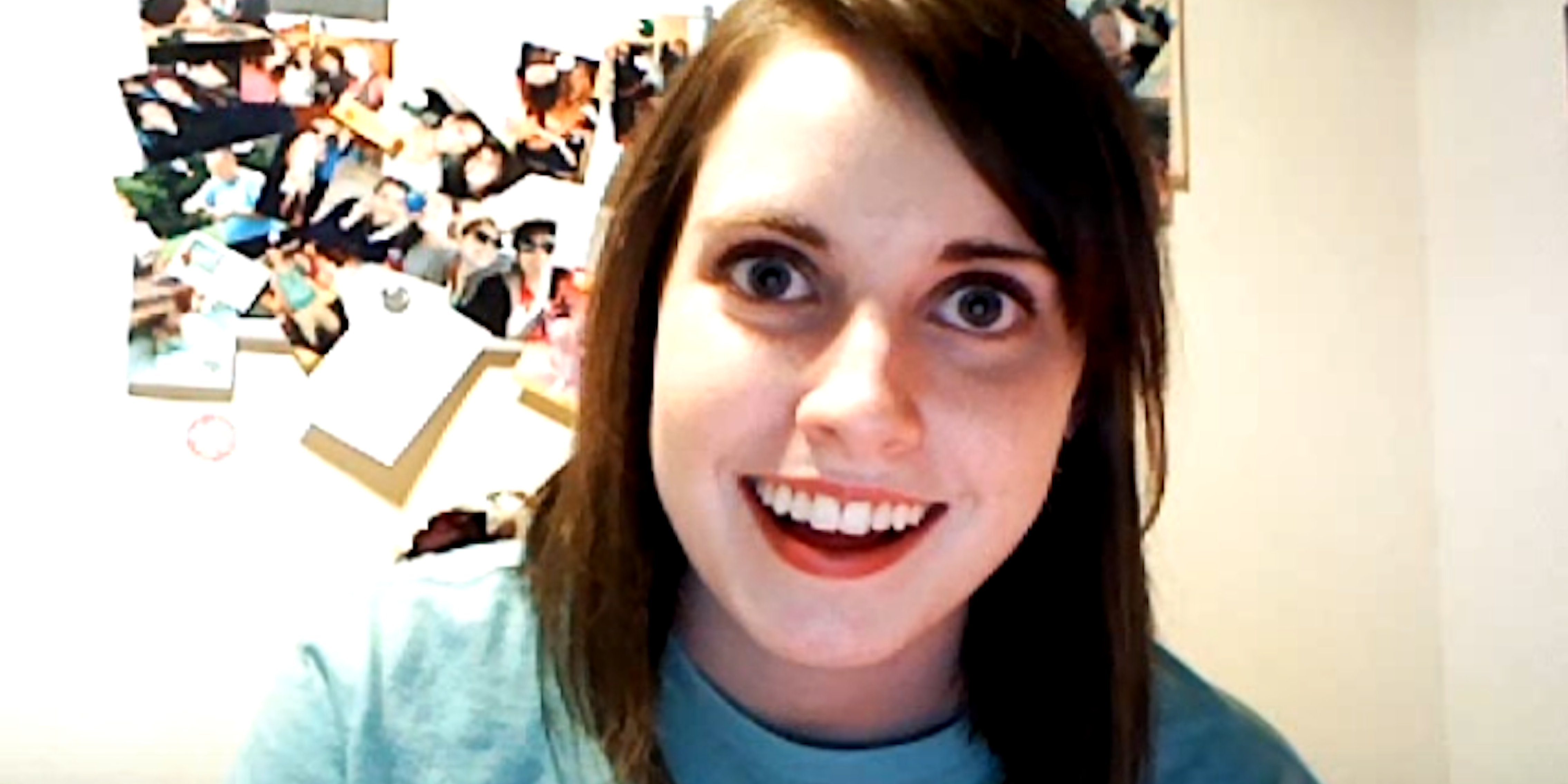 If she was your girlfriend, she will never let you go.

In 2012, Justin Bieber held a contest to promote his new fragrance, “Girlfriend.” Fans were asked to submit videos on YouTube for a chance to win tickets to a show and an appearance in a commercial. No one remembers who won, but it’s impossible to forget at least one person who lost.

Laina Morris uploaded her now-infamous submission on June 6, staring intently into her webcam and pledging her devotion to Bieber. “I’ll always be checking up on you,” she says in the video, with a stare that can haunt dreams. “Hey boy, who you talking to? If I was your girlfriend, I’d never let you leave—without a small recording device, taped under your sleeve.”

1) Morris was never really a “Belieber”

According to Refinery29, Morris was “more intrigued by the singer’s origin story — how he’d been accidentally discovered on YouTube and then mentored by Usher — than she was his music.” And she realized the comedic potential of filming a creepy fan video from the perspective of a 20-year-old college student.

2) Overly Attached Girlfriend was created by a random Reddit user

Reddit’s responsible for a significant number of memes that have become household names over the years. Overly Attached Girlfriend was the work of one redditor named yeahhtoast, who noticed the potential of the video, took a screengrab of her face, overlaid it with the classic white text. It was the screengrab that launched a thousand imitations. Yeahhtoast held a Reddit AMA, also known as “Ask Me Anything,” in 2014 in which he said he felt slighted by not getting more recognition for his effort. “On one hand, some tiny piece of me feels slighted,” he wrote. “The rest of me lives in the real world. I gave my idea to the Internet, how can I be mad at the Internet for running away with it? On the other hand, I feel a bit better about my ability to be clever on occasion, and it occasionally pumps me up when working on creative writing projects or even technical writing, which I do full-time.” His account has since been deleted. 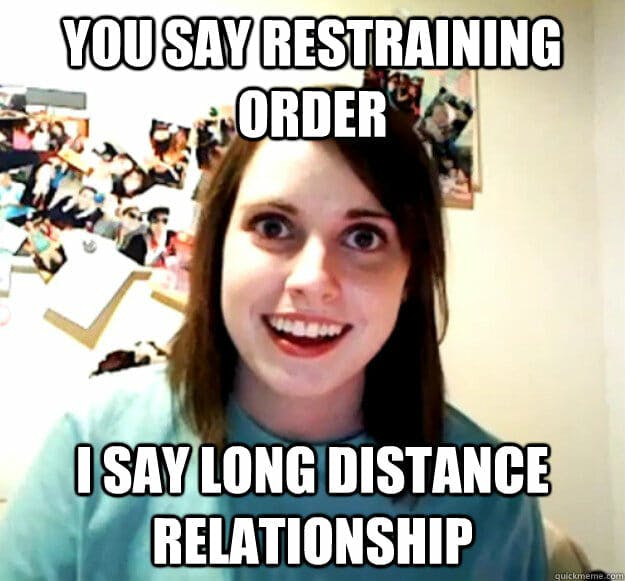 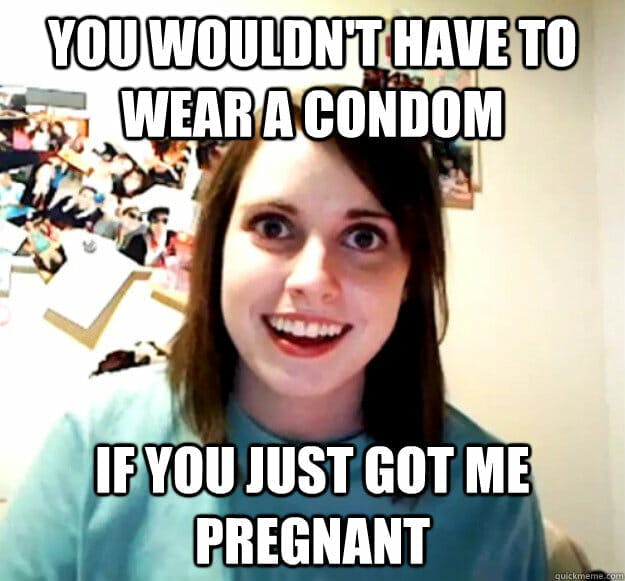 3) But her first AMA was actually shut down

Reddit has all sorts of fairly arbitrary rules that its moderators tend to enforce with an iron fist. One of those is that internet celebrities can’t host AMAs, and when Morris attempted to field questions about the meme in the official Ask Me Anything subreddit, she was unceremoniously booted. Her second attempt at a Reddit Q&A—this time on the meme-loving subreddit r/AdviceAnimals—went off without a hitch. She even responded to someone’s “promposal.”

4) Morris used an alias named after a character in Bridesmaids

Morris originally uploaded the video under her old username “wzro713.” She quickly changed it to TK, but as the meme’s popularity skyrocketed, she changed her last name on social media in an effort to protect her privacy. “Strangers were finding my personal Facebook page and talking to my friends,” Morris told Refinery29. “They were finding where I worked and trying to access my college records.” She used the name Laina Walker, after Annie Walker, Kristen Wiig’s character in Bridesmaids, according to Refinery29.

5) Morris dropped out of college to become a professional YouTuber

Four months after Overly Attached Girlfriend took off, Morris dropped out of the University of North Texas, where she was studying education, to try her hand at YouTube full-time. Her channel, Laina, now has 1,275,614 subscribers. While most of her early videos play off the meme—including a memorable meeting with Bad Luck Brian, she’s tried her hand at a couple of other characters and done a series of videos “acting with myself.” She celebrated the two-year anniversary of her channel in May 2017. “A lot of people know the meme, but don’t know about the videos,” Morris told the Sun. “Or they know the original video, but don’t know that I’m a real person making new ones every week.”

6) Morris performed a sketch on Late Night with Jimmy Fallon

In 2013, Morris was invited to participate in a sketch on Late Night with Jimmy Fallon playing her usual role as an obsessed girlfriend. 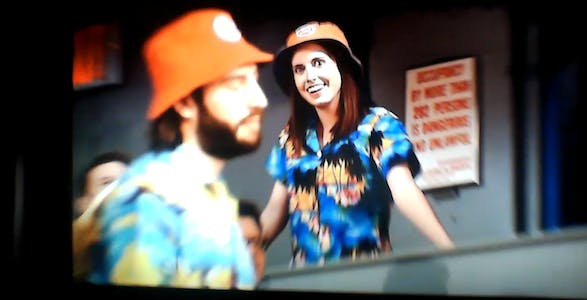 7) Overly Attached Girlfriend had a staring contest with Jessica Alba

It happened at the 2013 Social Star Awards, and you can probably guess who won.

If a teacher stares at me like how The Overly Attached Girlfriend and Jessica Alba did.

I would be freaked out. #socialstarawards

8) She swears she’s not an overly attached girlfriend

Morris told Refinery29 that she was six months into a relationship when she uploaded the video, and they’re still together—and not just because she can’t let go. ““I’m lucky that I haven’t had to date someone new since the meme,” she said.

Can you blame her?