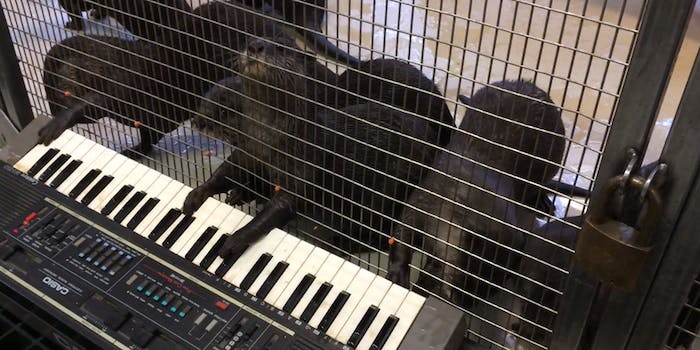 It's not Mozart, but it actually sounds like something.

It’s not a resurgence of Keyboard Cat, but something even better. The Smithsonian’s National Zoo gave the Asian small-clawed Otters their very own keyboard to make music with. It’s not a animal Mozart or Beethoven in the making by any means, but it’s certainly an entertaining duet.

This is all part of the Smithsonian’s Zoo Animal Enrichment program, which looks to introduce gifts for the animals in order make the lives of the animals at the zoo better and to tap into their creative side.

The page offers suggestions for gifts patrons can donate such as art supplies, balls, “apps for apes,” tubes, and even tires. If you have the money to spend, you can even purchase climbing structures.

But for this orangutan, another recipient in the program, the xylophone is just fine.