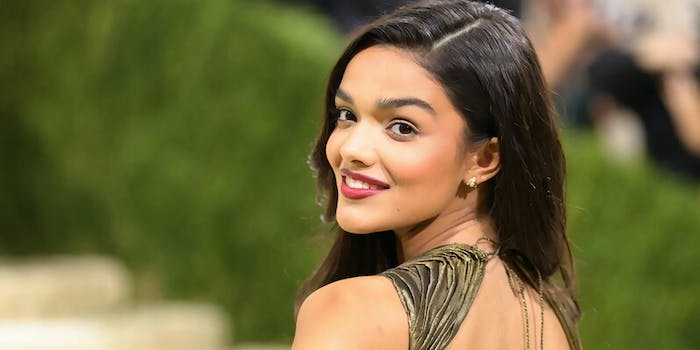 The new list of presenters added to the backlash that started on Sunday.

The lead-up in the weeks up to the 94th Academy Awards has been, to put it lightly, a mess: Between the easily manipulatable fan-favorite Twitter contest, the only confirmed musical performance so far being the Encanto song not nominated for an Oscar, and the decision to hand out eight of the 23 categories before the live broadcast starts and edit those speeches in later. But with the announcement of the latest round of Oscar presenters, the weekend’s big Oscars controversy is already having a second life.

The latest presenter update features an Oscar winner (H.E.R.) and Oscar-nominated performers (Murray, Page), but it also has several athletes (Hawk, Slater, and White) among the list. It’s very much in line with what Oscars producer Will Packer told Little Gold Men last week in that some of the people viewers will see onstage won’t be known for acting.

“[W]hat I would say is that expect to see not all movie people,” Packer explained. “When I say movie lovers unite, I mean it, and so expect to see people that maybe you wouldn’t typically see on an Oscar stage, but that are cinema lovers, because I want to make a show that feels broadly entertaining, not just specifically entertaining to a certain segment or a certain audience. I want a broad audience. And so you’ll see some of the decisions that are made and the way things are being set up that will reflect that.”

The move still raised plenty of eyebrows. While DJ Khaled wasn’t the only non-actor confirmed to appear on-stage at the Oscars, he became an easy target to illustrate how little sense it appeared to make.

But it also resurfaced outrage over the fact that Rachel Zegler, the star of one of the best picture nominees, wasn’t even invited to the Oscars. Some went as far as to call out the Academy for inviting one of the non-actor presenters over her.

Zegler first revealed that she wasn’t going to the Oscars on Sunday when one of her Instagram followers commented on a post and asked what she was planning to wear to the ceremony on March 27. Zegler instead revealed that she tried everything she could but would instead be rooting for West Side Story from her couch.

“i hope some last minute miracle occurs and i can celebrate our film in person but hey, that’s how it goes sometimes, i guess,” she wrote. “Thanks for all the shock and outrage— i’m disappointed, too.”

Her admission of being unable to attend the Oscars despite starring in a best picture nominated film caused lots of outrage on social media while pointing out that someone like Zegler is the kind of actor who might appeal to the younger audiences the broadcast is trying to court with something like the fan-favorite contest.

Zegler later clarified that she was aware of the various factors and went to praise the work that it takes to make big events happen in the middle of a pandemic, as well as productions she’s part of. (She’s working on Disney’s live-action remake of Snow White in London.)

We’ve reached out to the Academy of Motion Arts and Sciences for comment.

Update 1:29pm, March 22: Following days of widespread outrage, including from famed actor Russ Tamblyn (who played Riff in the original 1961 West Side Story movie as well as an Academy member), The Hollywood Reporter is reporting that the Academy invited Zegler to the Oscars as a presenter with some of the logistics, including Zegler’s Snow White shooting schedule, still being worked out.