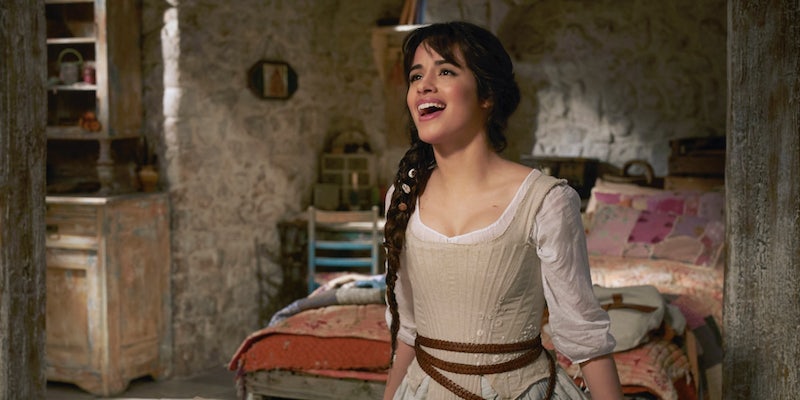 ‘I can’t believe we are at war with the Cinderella fandom’: The Oscars’ Fan Favorite vote is already chaotic

'No Way Home' is somehow not as big of a factor.

When the Academy first launched contests to honor a fan-favorite film and a standout scene as voted by viewers last week, it sounded like a recipe for disaster. But, just a few days into the venture, it’s already reportedly becoming even more chaotic than even we could’ve predicted.

The #OscarsFanFavorite contest is both an attempt to boost ratings for an award show that fewer people are watching and to potentially acknowledge films that the viewing audience would’ve had a chance to see. Although the winners of the contest won’t actually receive Oscars, the setup almost guaranteed that fans of a certain movie or actor could easily game the system in place to get those awards.

Early critics of the contest thought that it was a way to placate complaints—some of them from the likes of Jimmy Kimmel and Kevin Smith—about not giving massively popular blockbusters like Spider-Man: No Way Home a best picture nomination, and therefore legitimacy in the eyes of the Academy after dominating the box office and blankets of pop culture. But so far, No Way Home isn’t the top contender.

According to a recent awards season column for Deadline, some of the top movies for the audience awards are a Cinderella musical (Prime Video), Zack Snyder’s Justice League (HBO Max), and an indie drama called Minamata. No Way Home surged early, but Tick, Tick…BOOM (nominated for two Oscars, including for star Andrew Garfield) also has some support online.

As one person put it, “imagine how funny this would be” if a movie like Cinderella ended up beating No Way Home.

None of these movies have the box office clout that No Way Home does, but each of them has an arsenal of fans ready to game the system. For Cinderella (a jukebox musical that isn’t related to the Disney iterations of the character), which gained plenty of traction for its cringe-inducing crosswalk musical segment on The Late Late Show, it’s star Camila Cabello. Minimata, which had a small qualifying run, stars Johnny Depp (whose fans are vocal on Twitter). Snyder fans have a slight snag in their initial strategy: Because the Snyder Cut is a new edit of an existing film (the much-maligned 2017 Justice League), it’s not eligible at this year’s Oscars. But fortunately for those fans, Snyder did release a movie in 2021, which they have now turned their attention toward getting acknowledged: Netflix’s Army of the Dead.

As for how this is all playing out on social media? It’s a new fight with clearly drawn lines between Depp stans; Tick, Tick, BOOM and Garfield stans; Cinderella and Cabello stans; and Snyder stans, all of whom are trying to encourage their fans to get tweeting to get them to the front of the pack.

“I can’t believe we are at war with the Cinderella fandom,” @CutHamad tweeted.

With voting set to continue until March 3, expect this contest to get even more chaotic.

The #OscarsFanFavorite will be announced on March 27.