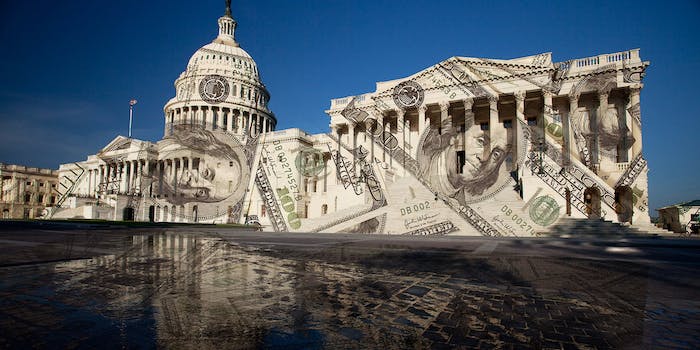 PBS needs to get with the times

While the Internet has changed the world’s access to information, legislators haven’t altered their approach.

Before I visited Theodore Roosevelt’s childhood home, I wanted to stream his episode of PBS’s American Experience series. That seemed simple enough; after all, most of the series is available to stream. But the only way I could watch the episode was to buy the $20 DVD.

While I can afford the expense, the situation forced a larger question: Why do publicly funded entities charge taxpayers to gain access to things they’ve already paid for?

It makes some sense in the case of tangible needs, like protecting Yosemite, repairing roads, and maintaining museums—though many have argued the latter should be equally open to everyone regardless of income because they’re a necessary part of our culture and entry fees pose a barrier to entry for some citizens. 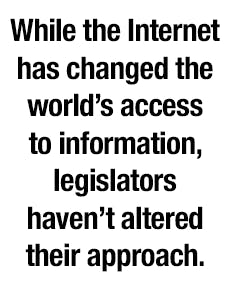 Jeffrey Olson, the public affairs officer for the National Parks Service, told me that free admittance has never been considered, and that fees bring in $179 million annually. Not to mention the fact that national parks are a great investment because they return $10 for every $1 of taxpayer funding. The cost of protecting physical landmarks forces our government to charge for something that ideally would be free. Unlike content distribution, park upkeep is a cost that can’t be avoided.

The problem is that content, like Roosevelt’s American Experience episode, should no longer be categorized as such. The Internet makes it possible to spread information equally and freely, but old barriers still stand in the way.

Scientific research, in particular, is still being treated like a bridge, with a fee for access—or in the case of an organic chemistry journal called Tetrahedron, $12,000 subscription—even though there’s no material exchange taking place. That ensures that publicly funded assets—like those of PBS—are only truly available to a wealthier subset. In the old economy, access to research cost money because it came in the form of a tangible good—a book or a journal—but now government-funded research can be downloaded as a PDF.

As the late Aaron Swartz, a supporter of the Open Access movement that aims to make peer-reviewed scholarly articles free to read and source, put it in 2008: “The world’s entire scientific and cultural heritage, published over centuries in books and journals, is increasingly being digitized and locked up by a handful of private corporations.”

There have been signs of progress: Public.Resource.Org’s mission is to provide free access to documents that should be in the public domain, and President Obama just signed a bill that guarantees the majority of publicly funded research ($31 billion of $60 billion) will be available online within a year of publication. But already that embargo is being challenged and could be lengthened to three years.

It’s clear that while the Internet has changed the world’s access to information, legislators haven’t altered their approach. The same holds true for public media.

One of PBS’s four editorial standards is diversity. In those standards, PBS says its goal is to make content widely accessible to everyone: “Content diversity furthers the goals of a democratic society by enhancing public access to the full range of ideas, information, subject matter, and perspectives required to make informed judgments about the issues of our time.” Yet that “access” is missing. There is an entire online store dedicated to selling great educational content at prices that limit their distribution. 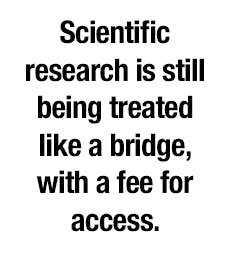 By contrast, every episode of NPR’s Fresh Air and On the Media is available for free. You would think NPR and PBS would have the same policy on this matter, but it’s a simple matter of economic realities. NPR only receives 2 percent of its money from the government while PBS receives 15 percent.

According to Jennifer Byrne, the senior director of media relations for PBS, 15 percent of PBS’s revenue can be attributed to “the sale of ancillary products, which includes DVDs and iTunes sales.” PBS has to charge for some programs because it simply needs more money than NPR. Byrne said that most PBS shows are free for three years after the debut broadcast, but then they have to be removed.

“Since PBS is not the producer of the television programming we offer through our broadcast schedule, we do not have the rights to keep programs available in perpetuity,” she said. Byrne emphasized that all of the money from ancillary products is reinvested back into content and operations. It’s an economically sound plan, but one that doesn’t avoid the issue of charging for publicly funded content that could, under different circumstances, be available for free online without charge to the viewer.

Perhaps PBS should only contract producers that can guarantee permanent free streaming. Frontline is a prime example of how the system should operate; it streams episodes from as far back as 1985. Unfortunately, most shows don’t do the same. PBS’s model of charging for shows is not well suited to the Information Age and is in need of an update. The station needs to realize that more people are streaming content every year and emphasize this need in contracts with producers. If it can’t, maybe it needs to scale down programming to ensure equal access to all. PBS’s current strategy makes financial sense, but it is not fair to the people who help fund it.

Public money is being wasted on an old system. In the Information Age, our government and publicly funded organizations need to learn how to invest in information.