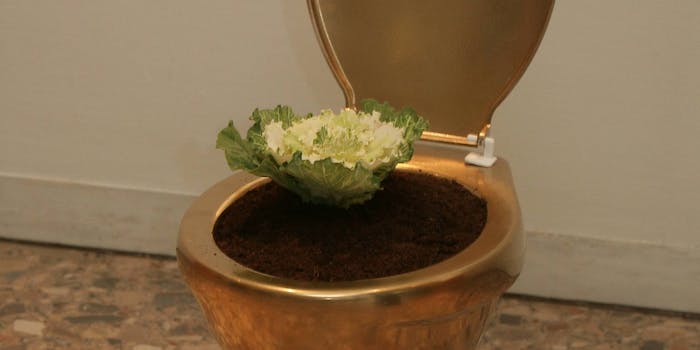 There’s so much to take in at this year’s Olympic games. The excitement of watching the best athletes in the world compete, the incredible back stories, the camaraderie that can develop when people from so many different cultures come together in one place. And let’s not forget about the food! People will be trying new and exciting foods that their digestive systems are totally unprepared to handle!

That’s why there are some rules concerning the use of toilets in the Olympic Village. American wrestler and previous gold medalist Jordan Burroughs was a little surprised at all the things he wasn’t allowed to do in the bathroom at this year’s games.

No upperdeckers. No fishing. No peeing like a dog. Got it. Here's our bathroom warning in Rio. 😂 pic.twitter.com/T4lsBXrb8B

OK, that’s probably not a dude doing an upper-decker. That’s probably an illustration of someone squatting, which is how a larger percentage of the world poops. But what’s with not being allowed to puke—or is that someone drinking from the bowl? And the fishing one is a complete mystery. Maybe they just wanted to be thorough? In which case, it’s odd that they didn’t mention diving. That seems like it could get really messy, especially if these guys are trying it.

We’ll update this post if any Olympian gets caught breaking these rules. Also, it doesn’t say anything about taking a bath in there.