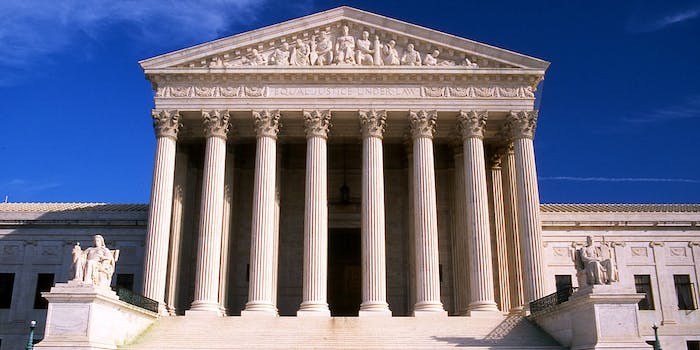 ‘OK boomer’ meme makes it to the Supreme Court

It's not all fun and games and 'OK boomers.'

The phrase “OK boomer” has become a rallying call for Generation Z and millennials feeling frustrated and disenfranchised by older generations who tanked the economy and seem perfectly content letting the oceans eventually swallow the earth. (After all, they won’t be here for it!) Mature? Perhaps not. Satisfying? Oh, you betcha. If we all have to watch the world burn for the sins of the boomers, we might as well have some fun at their expense—that way we win, albeit in the most minor way possible.

But not everyone thinks “OK boomer” is exactly hilarious, and that apparently includes United States Supreme Court Chief Justice John Roberts—technically a boomer, himself.

On Wednesday, while the bench was hearing a case regarding the standard a federal employee must meet to prove that he had been a victim of unlawful age discrimination by his employer, Roberts evoked the meme.

“What if a hiring person were to say, ‘OK boomer,'” the 64-year-old justice asked. “Is that actionable?”

The hallowed chamber reportedly broke out in laughter as Roberts evoked the phrase. However, the lawyer for the defendant, Roman Martinez—who happens to be born in 1978, for what it’s worth—did not see it as a joke.

“If the decision-makers are sitting around the table and they say, ‘we’ve got Candidate A who’s 35’ and ‘we’ve got Candidate B who’s 55 and is a boomer’—and is probably tired and you know, doesn’t have a lot of computer skills, I think that absolutely would be actionable.”

Fair enough. Although when that boomer who you hired over a Supreme Court ruling manages to download a computer virus on their very first day on the job, in that instance, a well deserved “OK boomer” is probably more than warranted.