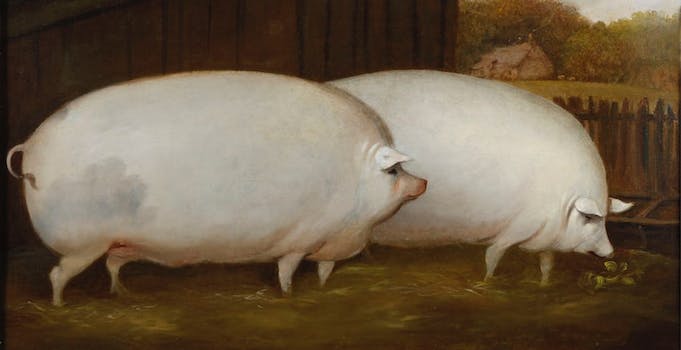 Brother may I have some more öats memes?

One of the best tweets of 2016 features a painting of two large pigs, one eating and the other standing alongside. One says to the other, “brother may I have some öats.” And that’s the whole joke.

Months after it was first posted, this tweet, which is perfect right down the umlaut in öats, is finally getting its due. According to speculators on Reddit’s meme economy forum, a kind of stock market for memes, demand for oats memes is through the roof. Data from Google Trends confirms their intuition:

So, what does an oats meme look like? Basically, it’s anything with those two pigs and a joke about oats. Here’s one: 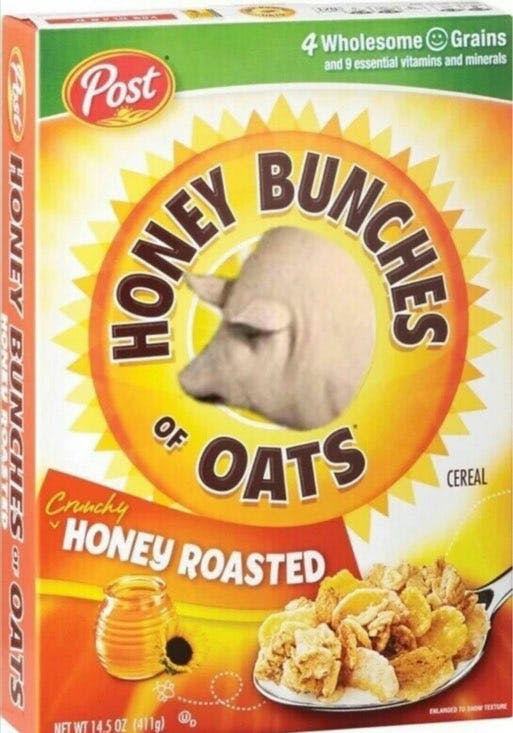 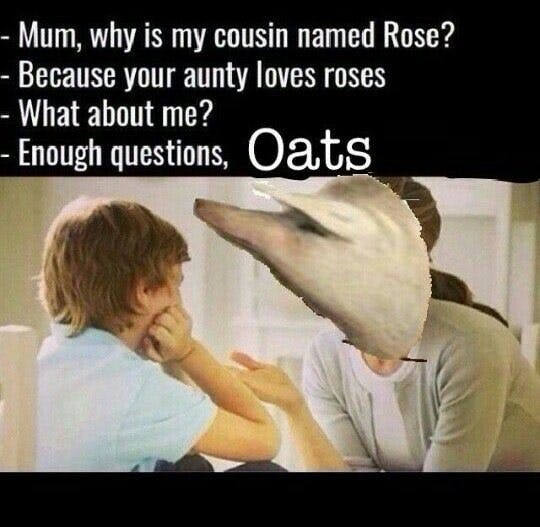 Any preexisting meme can become an oats meme with the addition of: pig. Also, oats.

Brother May I Have Some Öats is kind of an anti-joke. If it’s funny to you, it’s really funny, but if you need your humor to come with some logic or explanation, you’re just going to shrug and move on.

But where did öats come from, and what caused it to explode from Markyannna’s one good tweet into a broader, very popular meme?

According to Know Your Meme, the original pig painting was created in 1850 by an unknown artist. It’s currently in the British Folk Art collection at a gallery called Compton Verney in the U.K. You can donate to the gallery to “adopt” the painting—surprisingly, no meme enthusiast has yet taken that step.

The tweet is what originally made the pigs and oats popular, but 4chan is what memeified them. On the site’s two main shitposting forums, /s4s/ and /r9k/, people are spamming pig memes in a practice known as “oatposting.”

It’s especially challenging to post the original image and caption in /r9k/, because that board’s automated moderation deletes duplicate posts. This has caused /r9k/ posters to make a game out of oatposting with variations on the original caption, like, “Brother dear, would you please pas the oats?”

It’s even being used to troll other, unrelated boards. The cooking board, /ck/, has been inundated with requests for öats:

Even /pol/, the Donald Trump fanboard (formerly dedicated to politics), is not immune. Here is a typical interaction between /pol/ and öats:

The oats meme saturated 4chan between New Year’s Eve and Jan. 5, and then, like anything that’s big on 4chan, it was co-opted by Reddit. Dank meme subreddits started their usual process of mashing up new memes with old ones, and Oats was officially mainstream.

Now there are even YouTube videos imagining oat-related conversations between the two pigs:

And versions of those same videos that slow down every time one of the pigs says “oats”:

What started as a simple, funny tweet has been fully absorbed by meme culture, and blended into a fine oat porridge through what’s become a standardized and well-tuned process. It’s the same thing that happens to every dank meme: It’s spammed, iterated upon, and given backstory until it becomes unrecognizable or people lose interest.

The rapid rise of öats portends a fall soon to come. Anti-humor memes don’t have the same situational usefulness as, say, the salt-sprinkling butcher who also became popular this week. They exist in their moment, and when they’re repeated once too often, they lose their magic.