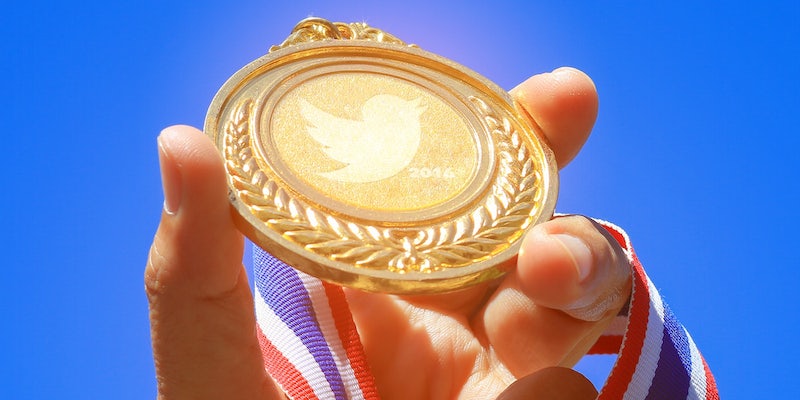 These are the good tweets. All decisions final. No appeals allowed.

Tweets. Tuites. Toots. They’re short, and most of them are bad. In 2016, there were more bad ones than ever. Just the worst. Twitter has evolved into a kneejerk outrage generator, and it finally got a chance to test its weaponized Hot Take technology on a presidential election between the two least-liked candidates in recent history. The results were breathtakingly awful.

But, there were some tiny, glimmering pinpricks in the shroud of depression and misery that is Twitter, little lights of joy or snark that kept us from deleting our accounts. Some of them were the abstract meme artworks of Da Share z0ne. Most of them were, if we’re being honest, pics of Libby Watson’s cat, Digby.

A small and glorious number, however, were just, like… good jokes. Little things we could laugh at instead of burning down our homes for the insurance money. Here are 50 of them. This is the list. You may be thinking “There were other good tweets, though!” No. Stop. This is the list.

@Mobute i enjoying mysekf in court, but then i remembered regret in my life, and pain i have caused, brother pic.twitter.com/3w8WGqwSKU

I don't need deodorant to tell me this pic.twitter.com/CXOV8KPD3v

Damn, this part of the library is Lit A-F 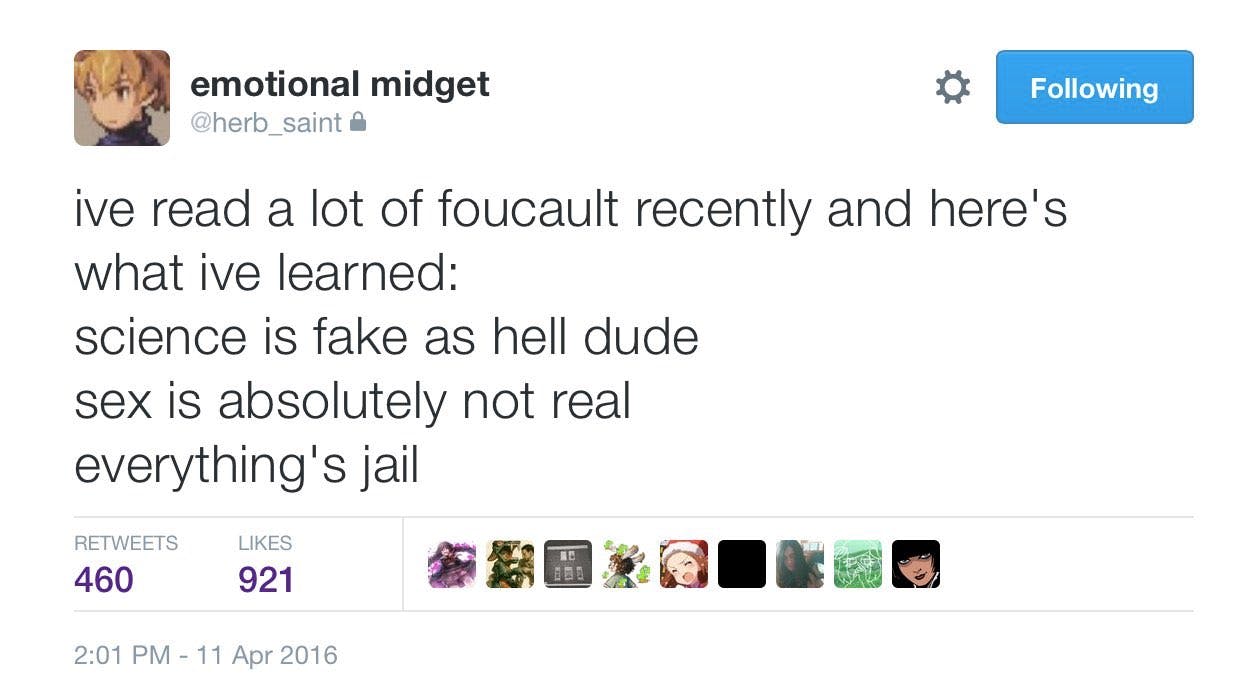 Barista: One mocha frap for *looks at cup, sighs* "The Visionary Director of 'Drive'"

truly, digimon is the vanguard here, the subversive complementary critque; as we say "kant avec sade," we might say "pokemon avec digimon"

A: Your greatest weakness?
B: Interpreting semantics of a question but ignoring the pragmatics
A: Could you give an example?
B: Yes, I could

10 months ago we had steve gawker, bob pepe and johnny covertly racist electorate. now we have no gawker, no pepes and a rising white suprem

When another boy has a balloon pic.twitter.com/y1v1iy2CYp

A Vine is a short video that requires 3 clicks to start and between 7-10 clicks to stop playing. It usually features someone screaming.

Regret to inform that I cannot see the Trump tweets you're referring to, as I am blocked by the fucking President of the United States.

'We're gonna build a fourth wall, folks, and make the Brechtians pay for it' pic.twitter.com/wVtlofz3g0

These the boots that's already in ya inventory when ya start the RPG https://t.co/vuOX6P11wQ

i'm dying at this picture. the level of disrespect from the cat to lie down on your pizza is unfathomable pic.twitter.com/6yzMkMKfg6

Woke up pissed off about the word "ooey" again. This word is only ever attached to "gooey" and does not modify it. Fuck off "ooey"

i didn't know that the office halloween party had an "occupations" theme pic.twitter.com/4Nv6ZZg5FM

the turkey takes his mask off
it's edward snowden
obama groans, it's too late to unpardon him now

in tolstoy's war and peace, the war supporters are analogous to team jacob, whilst those who support peace are more similar to team edward

if god had told us that killing macklemore would only open the door for hamilton would we still have done it?

if your genre ends in -core,
then it's guitars you'll have in store
but if -wave is the at the end
you'll hear synths, my friend

That's exactly right, Siri. I DID want to know how much a gallon of the movie "Milk" costs. pic.twitter.com/EZZdeIihbO

if you watch twitter backwards, it's about a bunch of sad people tweeting less and less until they're happy again