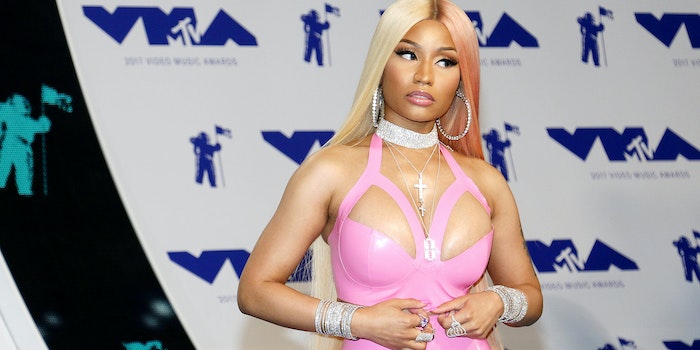 Nicki Minaj gets added to group text, doxes members on Twitter, and instructs Barbz to ‘have no mercy’

Looks like this new mom didn't want to be part of a 'mom club' group text.

It’s been an eventful Monday for members of a group chat who added Nicki Minaj to their group text. Minaj responded to being added by tweeting out screenshots from the chat with phone numbers of some of the members clearly visible. It also includes a single line of instruction to her group of loyal fans: “Barbz, show no mercy.”