Kevin Durant and Damian Lillard do not want you to see these tweets.

Ever wonder what it’s really like in an NBA locker room when the cameras aren’t rolling and the players aren’t worrying about their own PR?

Look no further than the early days of Twitter.

A bored redditor did some archival digging into the tweets of some of the NBA’s biggest stars, most dated between 2009 and 2011, well before Twitter had become the Internet’s de facto watercooler. And the results are shocking; some of them could even lead to potential fines or suspension—or they would if such egregious mistakes were made again today.

Perhaps most damning is reigning MVP and scoring champion Kevin Durant—the poster child of the league and star of the children’s entertainment thriller Thunderstruck—tossing around gay slurs like the kids in the NBA’s 2011 “Wordplay” ad.

@LmoeBoogie how thas gay? smell jus like cocoa butter and i kno erybody put on cocao butter b4 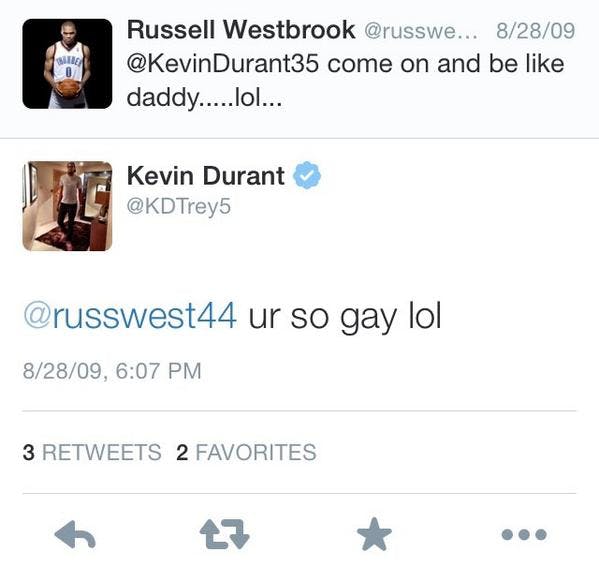 Context is important here. Most of these statements were made well before these players were in the national spotlight—and in some cases, there was no reason to believe there would ever be a national spotlight. That’s not to excuse the language, but I’d like to think that most of these players have become a bit more educated and sensitive over the past few years as gay athletes have finally entered into the national conversation. (Durant was one of the first to salute both Michael Sam and Jason Collins.)

Even still, Portland Trailblazers’ Damian Lillard, last year’s breakout star, is already regreting his quips about LeBron James, made when he was still a junior at Weber State. (He deleted them sometime this morning.) 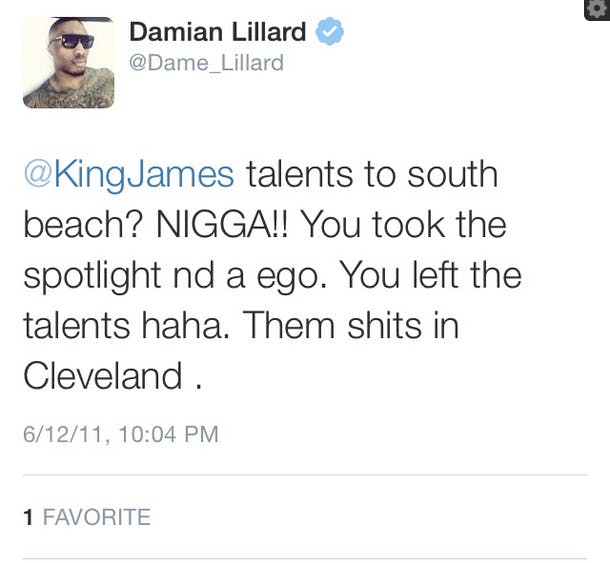 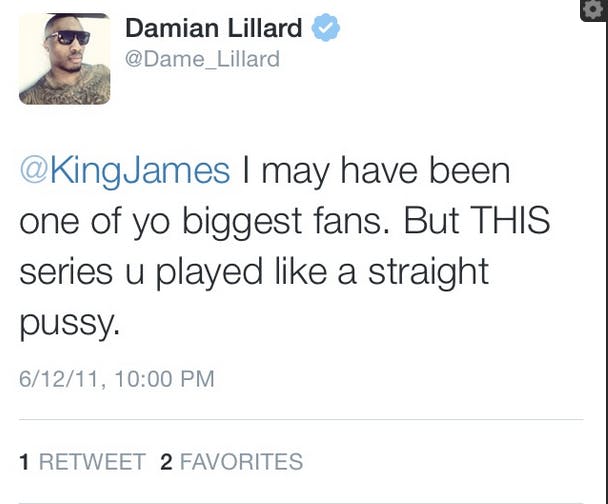 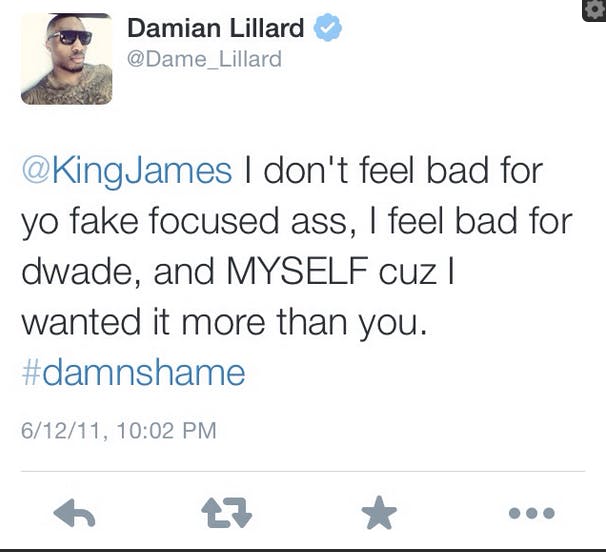 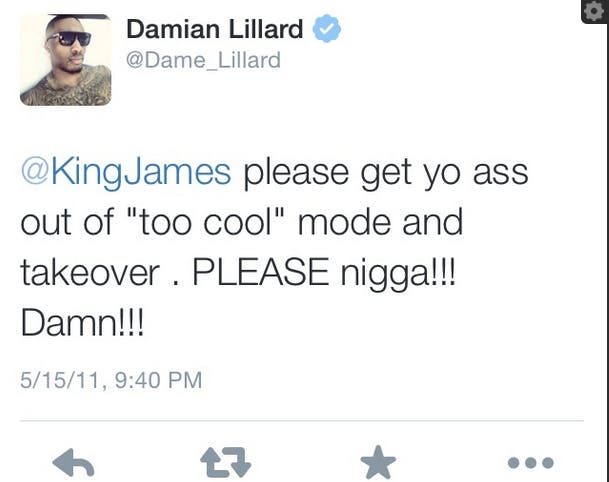 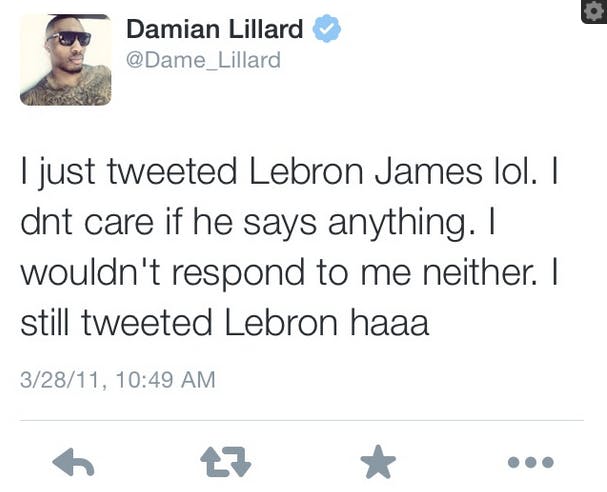 My personal favorite is Portland Trail Blazers’ board-clearing custodian Thomas Robinson’s baffled response to the weather. (It should be an Insane Clown Posse song.)

Why the fuck is snowing !!