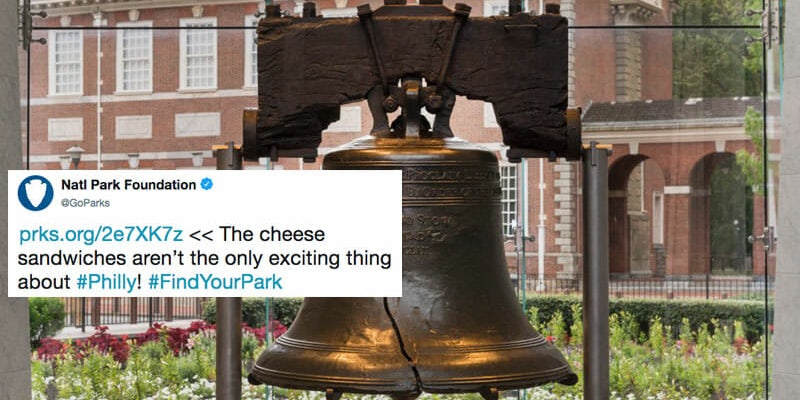 This is downright offensive.

Oh, Philadelphia, the city of brotherly love. The beloved birthplace of our nation is known for many things: the Liberty Bell, Ben Franklin, Independence Hall, Rocky Balboa, soft pretzels, and the 2018 Super Bowl championships (dusts off shoulders). And of course, Philly is perhaps best known for its famous cheese… sandwiches?

What in the what?

Obviously, Philadelphia is known for its cheesesteaks—which we don’t call a “sandwich” either. Much like a hot dog (if you’re a rational person), a cheesesteak is a thing on its own.

So what happened here? Did an intern get a hold of the social media account? Was this a massive troll job or the second coming of “tea lizard”?

Not at all surprisingly, Twitter—Philly Twitter, in particular—had some thoughts.

I love our cheese sandwiches so very much. Thank you.

Where can I get one of these world famous cheese sandwiches?

Yum! Then I’m gonna wash it down with a Youngling

FYI if you’re not from Philly, there’s a big debate over which sandwich shop makes the best cheese sandwiches. I’m a fan of Patricia’s, but Geena’s is right across the street and it’s also very good.

Of course, there were the obligatory It’s Always Sunny in Philadelphia references:

As well as a few of references to one of Philly’s lesser known celebrities, the Swiss Cheese Pervert:

Cheese sandwiches so good, we have someone drive around offering Swiss cheese to strangers

There’s a reason why Philly has the reputation it does as the scrappy underdog with an ever-present chip on its shoulder. You can be forgiven this time, National Parks. But do us like this again, and next time we’ll be coming with batteries.