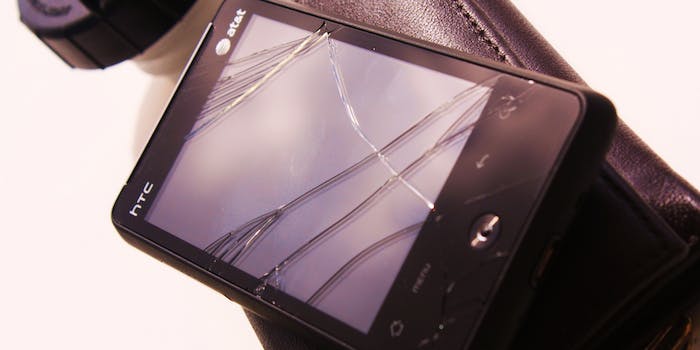 A new report on the increase in malware targeted at mobile devices is bad news—particularly for Android owners.

Kaspersky Lab, an Internet security company, has released new data on the rising threat of mobile malware. The increase in attacks on mobile devices goes along with an across-the-board shift in malware activity online, though Android devices may be particularly vulnerable.

According to Kaspersky, nearly 100,000 new malicious programs for mobile devices were detected in 2013—more than double the 40,059 that were detected in 2012. Roughly 4 million malicious applications were used by criminals to distribute this nefarious software. And because of looser controls over the Google app marketplace verses the iOS App Store, the majority of this malware—98.1 percent—was directed at Android devices.

“Android vulnerabilities are used by criminals to enhance the rights of malicious applications, which considerably extend their capabilities and make it more difficult to remove malicious programs,” reads the report.

The report notes that the majority of malware is designed to gain access to mobile users’ money by stealing credit card and bank information.

Kaspersky also noted a shift in the use of banking Trojans, a specific type of malware that directly accesses bank accounts to steal money. In the past year an increasing number of Trojan programs have gone from stealing money from users mobile accounts to directly taking funds from bank accounts. At the start of 2013, the researchers counted 64 known banking Trojans. By the end of the year, that number had grown to 1,321 known programs.

“Today, the majority of banking Trojan attacks target users in Russia and the [Commonwealth of Independent States],” Victor Chebyshev, a virus analyst for Kaspersky Lab. “However, that is unlikely to last for long: given cybercriminals’ keen interest in consumer bank accounts, the activity of mobile banking Trojans is expected to grow in other countries in 2014. We already know of Perkel, an Android Trojan that attacks clients of several European banks, as well as the Korean malicious program Wroba.”

This report comes just several months after a study showed the level of bot activity online has increased to surpass human Web traffic. Despite a decrease in traditional hacking and spamming bots, there has been an 8 percent increase in more sophisticated malware bots.