This was a beautiful moment.

Michael Cohen, Donald Trump’s lawyer and spokesman, showed up on CNN for an interview Wednesday. But maybe he wasn’t familiar with how “interviews” work. Because when informed that Trump is losing his bid for the presidency, Cohen shot a question right back at host Brianna Keilar:

Not surprisingly, Twitter took that simple question and turned it into a meme. Says who, you ask? How about, like, EVERYONE. 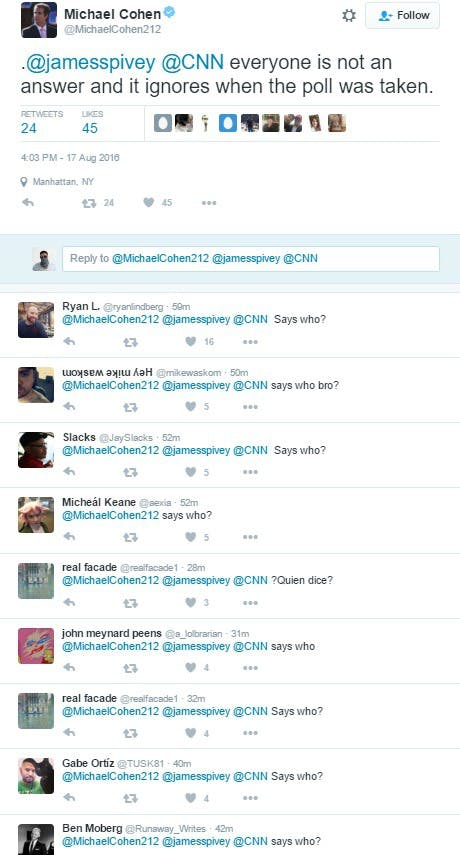 And once that kind of brilliance goes out on the national TV airwaves, there’s no chance it could—or should—be contained.

SO many babies are going to be named Says Who in nine months!!!!

Luckily, hours after this query was posed, we finally got the answer.

i have the answer friends. the owl says who.