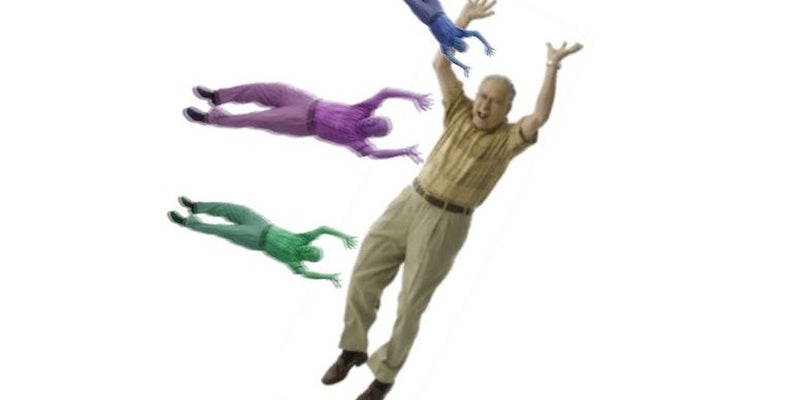 This meme is from the future

If you don't get it yet, just wait.

With 2016 finally sputtering to an inglorious close, it’s time to look ahead and make some predictions about the hot new memes for the Spring/Summer ’17 internet season. One meme that is definitely from the future is “This Meme is From the Future.” If you don’t get it yet, just wait. It’s coming. The future meme, which you don’t understand now but will eventually, appears to have begun Dec. 5 on Reddit’s me_irl subreddit, a place for people to post funny or absurd images they identify with. (It’s short for “this is me, in real life,” but it’s not literal.)

R/me_irl is a powerful but inconsistent source of new memes. In the past, it’s produced good content like this bouncer who determines what is good or not:

And the kid who runs to Google horrible things as soon as his mom leaves the house:

The image of the old yellow man and his three multicolored clones was wildly popular on r/me_irl, and redditors quickly began working on their backstory. The next day, a second post posited that the future meme had traveled back to us from the year 42069 (the weed number plus the sex number). 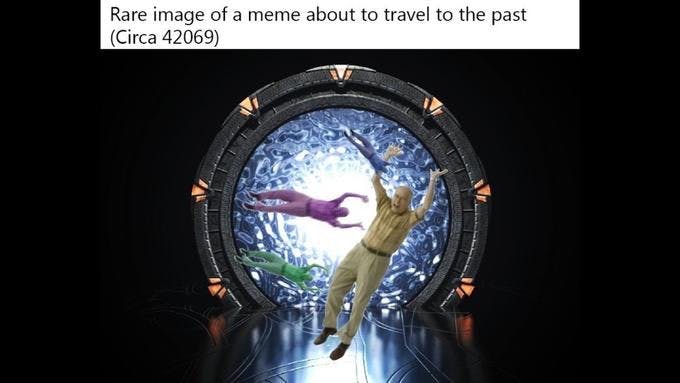 In the future, memes are apparently completely surreal. The elderly gent and his doppelgängers have little to nothing to do with why this thing is so funny.

“The meme being from the future has become the meme, and not the image itself. The meta-irony of this meme has now become a post-ironic meme in its own right, and I think that’s what makes it so great,” wrote Reddit commenter foilsiegerhino.

This analysis is spot-on. The best variations of the joke play with the theme of time and leave the old guy out of it altogether. They all observe the formal construction of the meme, though: a yellow object surrounded by purple, green, and blue objects. 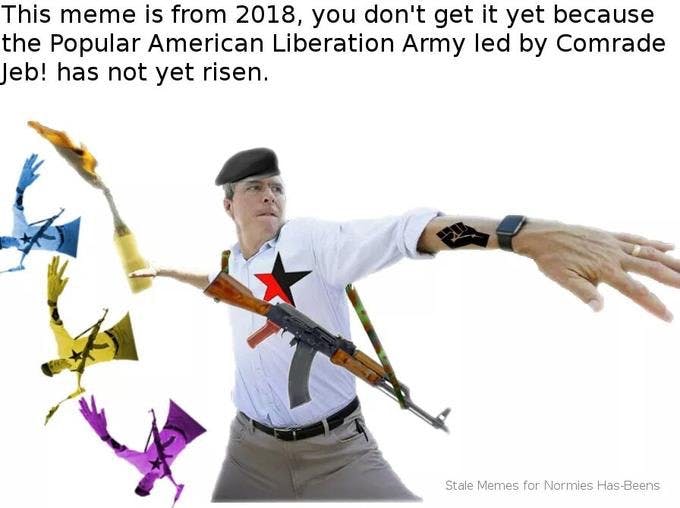 Stale Memes for Normies and Has Beens 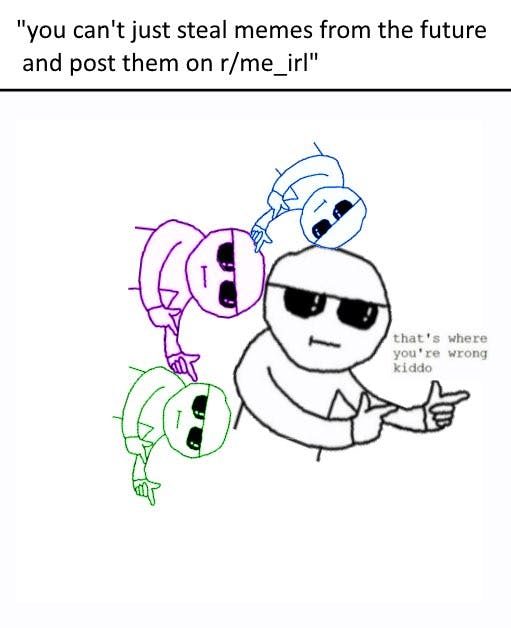 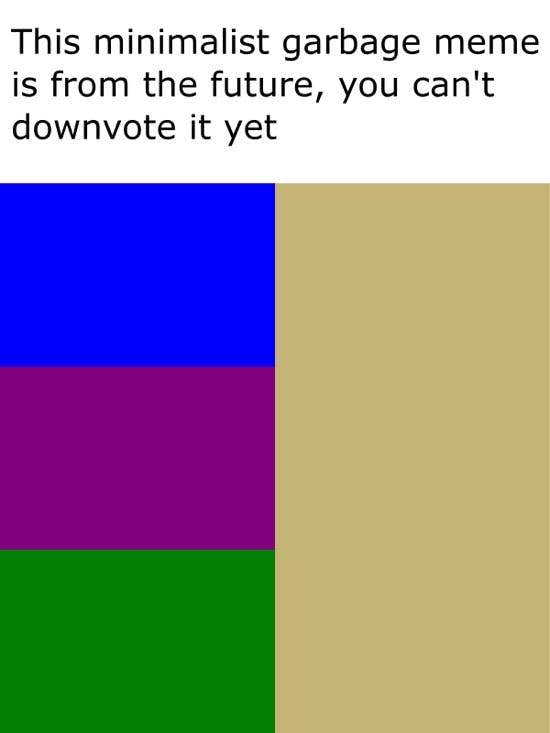 It’s turning out to be something like loss.jpg, the infamous webcomic sequence whose form—although not necessarily its content—has been endlessly parodied. Four panels—where a man runs into the hospital, talks to someone at the front desk, talks to a doctor, and then stands next to his wife in her recovery room—were reduced to a minimalist series of straight lines: The evolution of loss.jpg points to one possible way forward for the future meme. It could become more abstract, with any arrangement of four people or objects in the correct colors counting as a “future,” and eventually become so minimalist that mere lines can evoke it.

Or it could cause a time paradox that results in its own destruction. Meme theorists are already debating this possibility:

We need to talk about the “meme from the future”.
A bootstrap paradox is the paradox of time travel in which objects or pieces of information are never literally created, because their existence begins by arriving from the future and ends by going to the past to become themselves.

There must come a day in the distant 42069 where years go by like days, and we send the meme back to 2016. As to why this meme in particular to be sent, we don’t know but in the future we will find out. Maybe it was chance, maybe it was to fulfill the prophecy of the future meme; the prophecy from 2016 to send the meme back to 2016 when 42069 comes.

This meme exists because of itself. We were confused by it, and with confusion comes intrigue. The time we live in now is what we would have called the future a couple days ago. Fate has it that the meme will be sent back to 2016, and there is no way to avoid that. The true, true origin and creator of the meme? We are. This is our meme.

One of the creators of the meme, a duo who uses the screenname DanknessIn_MemesOut, wrote on Reddit that he thought it had great potential but was due to burn out soon.

“I personally have no idea why it got popular in the first place. But I would say it’s thanks to the randomness and to the very large space for twisting the original. The future paradox also could spark some curiosity and creativity. However, after few hours it started to be just about that meta,” he wrote. “Speaking of our shitposting, it’s mainly because we, as the creators, feel very motivated to use the whole potential of it before it dies.”

We may not understand the meme now, but in the future, we probably will.