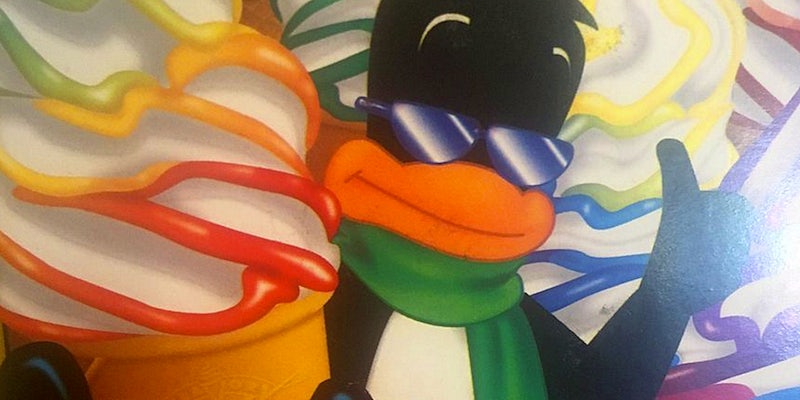 The subtle difference between ‘I’m this guy’ and ‘me IRL’

Who are you, really?

For years, people have been posting odd or funny images, GIFs, and screenshots of text with the caption “me IRL,” meaning “me in real life.” The tradition stretches back into the strangest corners of the early internet, and over time, it became canon—a nearly indispensable shorthand.

Sometimes it was a horse with a pizza on its back. Sometimes it was a guy who tried a cringeworthy opening line on Tinder. The rule of thumb, though, is that whatever you’re presenting must be somehow “relatable,” which is the watchword of all memes, whether earnest or ironic. When you say “me IRL,” it’s generally because, yeah, that’s pretty much you IRL.

The phrase is essential enough to the current discourse that it’s become the focus of the best subreddit going, r/me_irl, where users can upload virtually anything that anyone anywhere might identify with—and upvote.

Yet in 2016, with democracy crumbling and the culture wars increasingly toxic, there are new, mutant forms of “me IRL” (or, if you like, “it me”) on the rise—mostly variants of the phrases “this is me” and “I’m this guy.”

What immediately sets these tweets apart from a “me IRL” is that “IRL” is done away with. Generally, they limit themselves to internet content.

Also contrary to the “me IRL” meme, “I’m this guy” suggests dozens (if not hundreds of layers) of detachment from the source material. I’d argue it projects a willful, almost nihilistic failure of empathy. When you say “I’m this guy” and post a screengrab of a mind-boggling bad take, it translates as: “How in the fucking world does a person end up thinking/behaving this way? What could their interior life be like? And, well, are they OK?”

Either that or just: “What the hell am I even looking at?”

This is my main. I'm this guy IRL. This=me https://t.co/QImFxkQPPf

Yet underneath the irony of pretending to relate to people whose feelings and motives we can’t possibly hope to understand, there’s a genuine yearning for the return to some baseline reality in which no person is taken for granted. “I’m this guy” posits that even if the poster is not actually that guy, that guy is out there, living his life. That guy is real. He exists.

And that may be the strangest fact to wrap our heads around.

Here it is, everyone… This is me pic.twitter.com/U7cXlCIu1p

this is who i am. this is me. pic.twitter.com/GB12UcL8gD

One wonders whether we’ll ever bridge the widening chasm between us and these guys. Perhaps “this is me” and “I’m this guy,” no matter how sardonic the captions read on first glance, can function as mantras of a sort—a genuine attempt to put ourselves in the shoes of those guys we consider backwards, confused, and totally at sea in this bewildering era. Maybe, to very loosely paraphrase Michelle Obama, when they say that we’re too different, we say “I’m this guy.” A society cannot progress without some consensus, a mandate, the smallest indication of common ground.

With that in mind, I’d just like to say—to whoever is reading this right now, preparing to screengrab a paragraph of me overanalyzing a meme, with the intention of tweeting the image and announcing “this is me”—you’re right. You are me. We’re both that guy. We’re in this together, friend.

pretty simple to be honest – I was the guy in the pic. I added the word extremely for emphasis as a generic intensifier