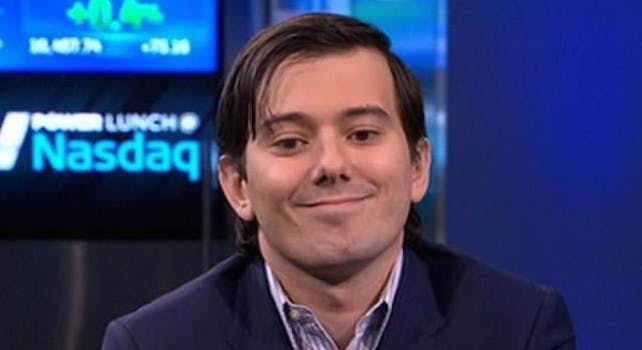 This has to be a joke, right?

Wealthy pharmaceutical industry bro Martin Shkreli seems to find glee in fulfilling every rich asshole stereotype on the list. He also has a real knack for investing his time and money to generate maximum negative attention. And now that he’s milked his purchase of a one-of-a-kind Wu-Tang Clan album for all it’s worth, he’s taking the next awful step: threatening to release an album of his own.

…but what if he really does it? Shkreli has made good on previous wild promises, like playing that Wu album in celebration of Donald Trump‘s electoral victory. What’s stopping him from paying some producers (and, hopefully, some ghostwriters) and dropping an incomparably bad vanity project?

It doesn’t take talent, it just takes money and a ravenous lust for attention. Tiffany Trump has a record. Courtney Stodden has one. So does Farrah Abraham. Hell, Jersey Shore‘s “The Situation” released a rap single. Martin Shkreli is essentially a reality star whose medium is not TV, but Twitter and livestreaming and whose decisions occasionally have real, horrible consequences! So why not him?

It’s not like he’s afraid to open himself up for additional public mockery. Your hate and your @replies can only make him stronger. Preemptive congrats to Young Sleazy Bastard on the release of his debut LP.