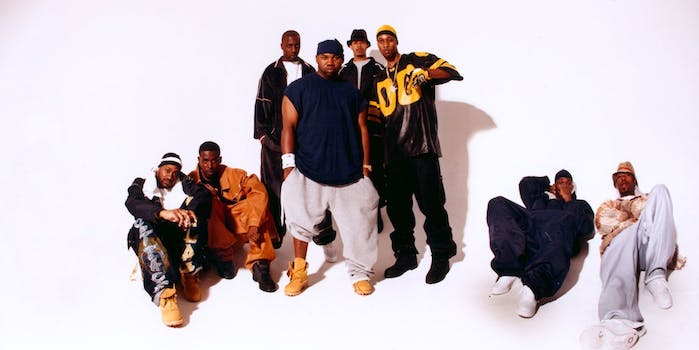 If you’re searching for a silver lining to last night’s results, you can take some solace in hearing a previously unreleased Wu-Tang Clan track made possible by Trump’s presidency.

Martin Shkreli, the polarizing “pharma bro,” secured the only copy made of Wu-Tang Clan’s Once Upon a Time in Shaolin for $2 million in February. He recently promised to release the album on the off-chance that Donald Trump won the 2016 election. At the time, it seemed like just another PR stunt from Shkreli, a masterful troll who recently auctioned off the opportunity for someone to punch him in the face, only to renege on the deal.

But late last night, after the results rolled in, Shkreli made good on his promise, livestreaming the intro and a track off the album.

The only problem, aside from the audio quality, is that you have to watch Shkreli’s smug face the whole time.

Even still, in these uncertain times, it’s some reassurance to know that Wu-Tang Clan still ain’t nuthing ta fuck wit’.