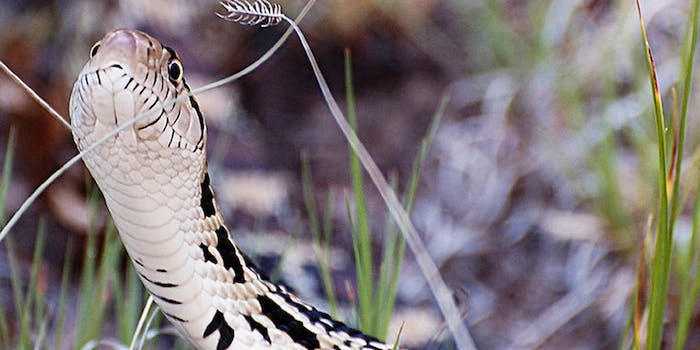 Gather round, all, for the cautionary tale of Tim Malone, who was looking down at his smartphone’s screen when he happened upon a four-foot-long bull snake that was none too pleased at being stepped on.

Video from a camera at a nearby corner store clearly shows Malone approaching the sidewalk while looking at his phone, then jumping in surprise as he discovers the reptile at his feet.

Malone, a radio DJ from Chickasha, Okla., told KOCO 5 News: “Adrenaline took over. Then I realized it was a snake, and I started kicking to get it off.”

Malone was not seriously injured by the attack from the bull snake, whose bite is not venomous. He even helped release his attacker back into the wild. All the same, we imagine it’ll be some time before he’s texting while walking again.