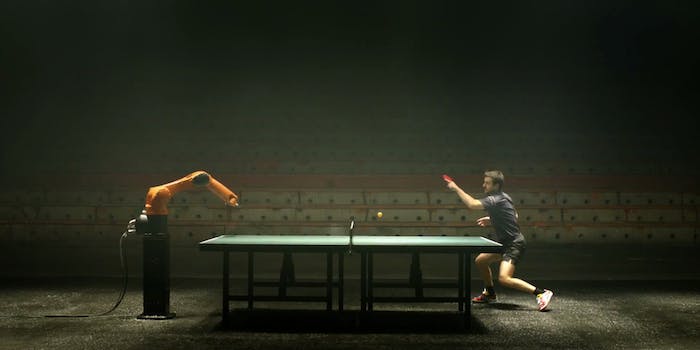 The rivalry between man and machine comes to a head when professional table tennis player Timo Boll is pitted against the KR Agilus, a robot arm from German company Kuka in a game of table tennis. Sadly, instead of a real match, viewers were given a heavily-edited commercial more focused on random camera shots than any semblance of game.

It appears that Boll is in danger of losing the game he until starts to take advantage of Agilus’s limitations and places the ball out of its reach.

It ends up being a close game and results in a shot that’s worth all of the theatrics.

If the machine wins? Well, there are plenty of movies that show what can go wrong.