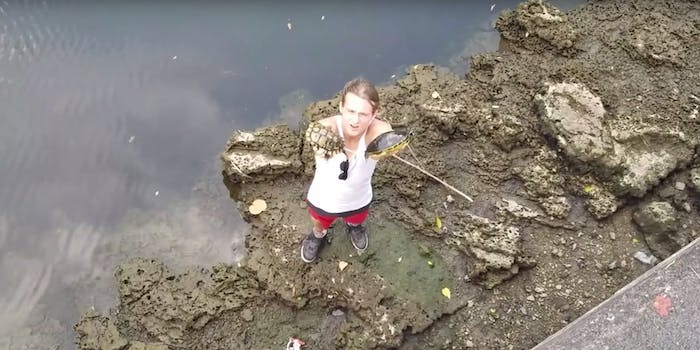 Watch these heroes rescue two turtles that were cruelly chained together

Who would do such a disgusting thing?

Some cruel human did the unthinkable to a pair of unsuspecting turtles, drilling holes into their shells and chaining them to one another. Thankfully a couple of bros came to their rescue.

Michael Oakes climbed down to the banks of the Miami River in Florida after he saw the disgusting act of animal cruelty. His friend Peter filmed the whole thing as he pulled the pair of shelled creatures from the water that were clearly struggling and realized that they were connected by a metal chain fastened by a padlock.

Oakes cut them loose from one another, but they were also apparently bleeding from the man-made holes.

Seriously, who would do such a fucked up thing?